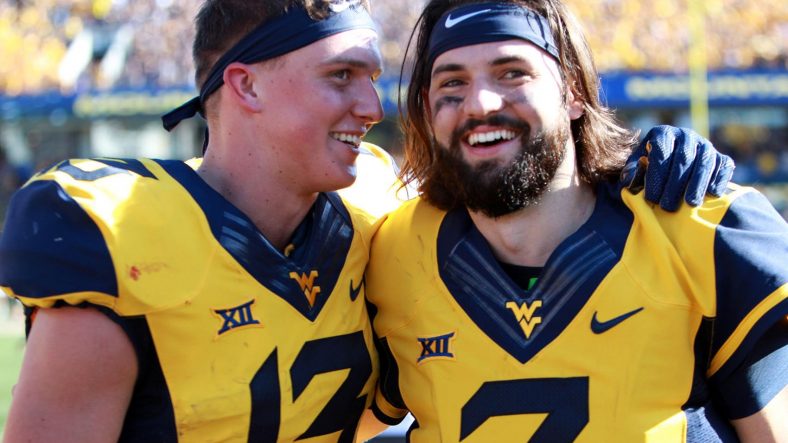 The official line for the West Virginia vs Tennessee week 1 matchup is officially set at anywhere from WVU -9.5 to -11.5. Jerry Palm of CBS Sports has no doubt about who he likes with the point spread factored in. According to Palm, “West Virginia is a no-brainer best bet.”

Here is Palm’s write-up on the Mountaineer season opener:

Tennessee vs. No. 17 West Virginia (-9.5): WVU has been touting quarterback Will Grier as a Heisman Trophy candidate. He should get a chance to get off to a good start against a Volunteer team that is rebuilding under former Alabama defensive coordinator and new coach Jeremy Pruitt. Tennessee needs some time to build up to an opponent the caliber of the Mountaineers. Pick: West Virginia (-9.5)

Predictions for this Mountaineer football season are all over the place. The predictions have ranged anywhere from 6-6 to College Football Playoff-bound.

The predictions are entertaining and definitely a way to get fired up (or angry) about the upcoming season, but one thing is for sure: Mountaineer fans are ready to get this season underway.

Will Will Grier (hate the double Will) be a legit Heisman candidate and lead West Virginia to a Big 12 Championship and contend for a College Football Playoff spot? Or will the defense be a disaster and allow the Mountaineers to lose winnable games on the road? Time will tell, but a big win over an SEC team on a neutral site would be a great way to start off the 2018 season.