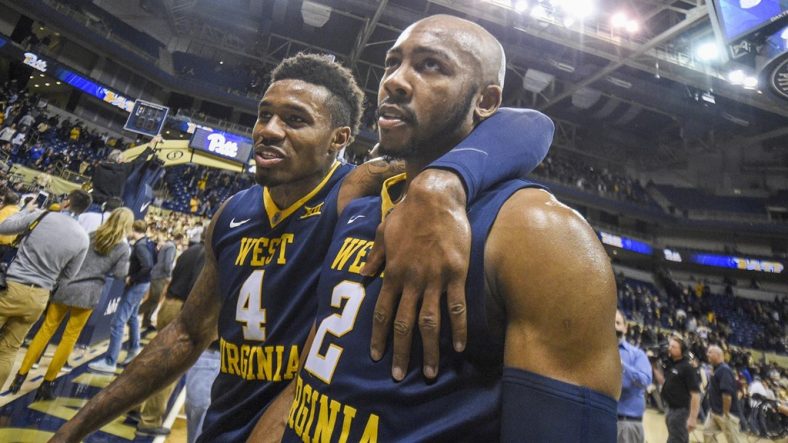 When senior guards Jevon Carter and Daxter Miles went to the bench with four fouls against Pitt, it showed how much Carter and Miles mean to the team’s success. The lead shrunk from double digits to three.

When the lead dropped to three, Bob Huggins summoned his two best players. Carter and Miles went back into the game with 9:12 remaining.

Using their veteran savvy, the two were able to stay on the court the rest of the game and pull out a win at “The Pete.” Something many of the predecessors could only dream of doing.

“I liked the game better when Carter was sitting on the bench ” Pitt coach Kevin Stallings said.

After the Pitt game, these two have played 110 games together in Mountaineer uniforms. If they stay healthy, going into the postseason they will have 132 games played together. Two senior guards who have played all four years together is an incredible asset come March. 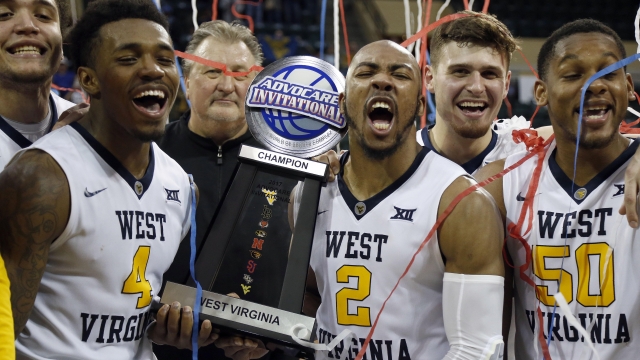 In the year of the one and done, it’s very rare to have two guys with this much experience playing together. Between players leaving early for the draft and transfers, it’s extremely rare.

Let’s look back at another team that recently had a backcourt this experienced. Oklahoma had a senior backcourt combo of Buddy Hield and Isiah Cousins. The two played 132 games together. What was the final result of their senior season? A trip to the Final Four.

In 2015 Notre Dame had a senior guard tandem of Jerian Grant and Pat Connaughton. They made three trips to the NCAA Tournament, culminating in a trip to the Final Four in their senior season.

The gold standard of four-year guard tandems is Bobby Hurley and Thomas Hill. They led the Blue Devils to two titles and three Final Fours.

The Mountaineers had a four-year backcourt tandem during the Beilein era that you may remember. J.D. Collins and Johannes Herber. The two led the Mountaineers to a couple nice tournament runs, including the Elite Eight and Sweet 16.

Or you can go back a few more years and look at the four-year tandem of small guards who played big for the Mountaineers: Mike Boyd and Marsalis Basey during the early 1990s under Gail Catlett.

Let’s take a look at some of the accomplishments of Carter and Miles. Carter ranks 24th in scoring at WVU. By the end of the season he should crack the top ten. As you probably know, he is the all-time leader in steals at WVU. He still has a slight chance to pass Steve Berger for the school record for steals.

Opposing coaches are taking note of the impact Carter has on the court.

“He’s a heck of a player,” Virginia coach Tony Bennett said following Carter’s 23-point, 10-rebound, seven-assist performance when the Cavaliers lost to the Mountaineers by a final score of 68-61 in Morgantown. “When you have a player the caliber of Carter, what he did is pretty darn good. He’s physical and he’s tough.”

Miles Jr. is seven points away from being the 52nd 1,000-point scorer at WVU. Additional to that, he is 17th in steals and moving up.

Bob Huggins is paying attention to the work Miles is putting in.

“Dax has put more time in this year than he has in previous years in terms of trying to study the game, study the opponent and getting in the gym,” Huggins said.

Jevon Carter is thought of as the best on-ball defender in the country by many. Bob Huggins has made it clear that he doesn’t want Carter to be remembered strictly for his defense. In fact, Carter is averaging 19.4 points per game, good for second in the Big 12.

That’s 40% of the Mountaineer offense coming from these two. The good news, help is on the way with junior forward Esa Ahmad. Though it’s not clear exactly when Ahmad will be back.

What we learned against Pitt is these two senior guards need to stay out of foul trouble. When they are on the bench it goes south quick.

How far will the Mountaineers go this season? As far as these two stud senior guards take them.