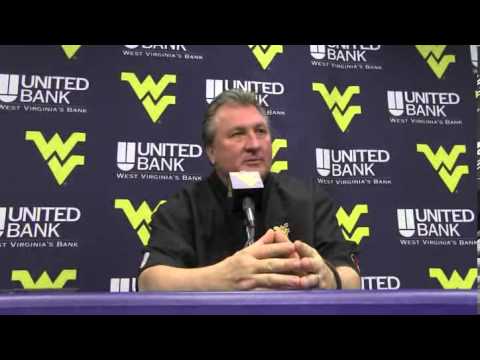 Capital Classic a matchup of motivation

Capital Classic a matchup of motivation

We can all hope that it doesn’t turn into the foul fest that it has been here in the past few years.
Check it out:

On the eve of another Capital Classic, West Virginia coach Bob Huggins mulled a question regarding the importance of continuing the basketball series against Marshall.

If you expected Huggins to don his promoter’s hat and hype up the in-state game, well, he wasn’t exactly channeling Don King.

“I don’t know,” said WVU’s coach, his voice tailing off a bit. “It’s a hard game sometimes. We just played Gonzaga and we’re getting ready to play Purdue, so it’s hard …”

Listening to Huggins wax rather dispassionately about the annual showdown between the Mountain State’s only two Division I programs, you’re reminded of the obvious: that it clearly means more to the team in green. And despite that deficit in motivation, West Virginia leads the series 30-11 overall and 17-5 since the game became a Charleston mainstay in 1992.