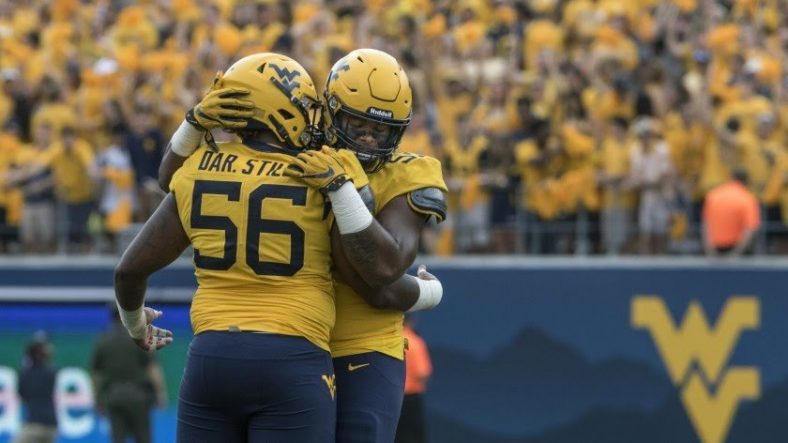 Coming into this season Mountaineer fans were warned that it could be a very tough season. With Oklahoma transfer Austin Kendall joining a quartet of experienced running backs along with some talented receivers both young and coming in as transfers, it looked like this offense had some potential.

Some of us (I’m guilty) underestimated the importance of the offensive line. When you have no time to drop back to pass and no lanes to run, it’s basically impossible to be consistent on offense.

During the two-game losing streak it’s easy to lose track of the work the Mountaineer defense is doing to keep this team competitive. When you take a deeper dive into this Mountaineer defense there is a lot to be excited about. The Stills brothers along with Tykee Smith and Keith Washington have played extremely well, along with others.

Both of the past two losses could have been much work if the defense didn’t battle hard through third quarters where the offense gave them basically nothing. On top of that this is a defense that is battling injuries. Against Iowa State a Keith Washington interception could have flipped the field and the game.

Against Texas West Virginia gave up 21 points in the first half to the vaunted Texas offense. That’s nothing to get too excited about but the fact that one of those drives was just 27 yards and set up with an Austin Kendall INT makes it a little bit better.

The WVU defense came out in the third quarter and forced four punts and an interception. The interception by Keith Washington set up the Mountaineers on the Texas 14 yard line and if they put it in the end zone there, the game is tied at 21. Instead, the WVU offense gained two yards in three played and a Staley field goal brought the Mountaineers within four points instead of tying it up.

WVU corner Keith Washington had a nice day. 2 PBU and an INT. 6'1"/185lbs, so he could use a bit more weight, but he's got the frame for it. pic.twitter.com/niEjd6V0cm

Despite this offensive let down, the Mountaineer defense came out and got another stop giving their offense a chance to take the lead. The next two Mountaineer drives resulted in interceptions and short fields for Texas, with Texas reaching pay dirt in both of them and putting the game away.

The Iowa State game followed basically the same blueprint. WVU held down Iowa State quarterback Brock Purdy but was eventually worn down by the Iowa State ground game. Some sustained drives in the third quarter would have kept this game competitive and given the Mountaineers a chance to win.

This is a young, talented defense that is keeping West Virginia in games for three quarters. Once Neal Brown is able to get his offense in place and they get some continuity, things will turn around quickly. Imagine the Stills brothers meeting at the quarterback and sealing the win when an opponent is trying to come back, with Keith Washington and Tykee Smith lurking in the secondary.