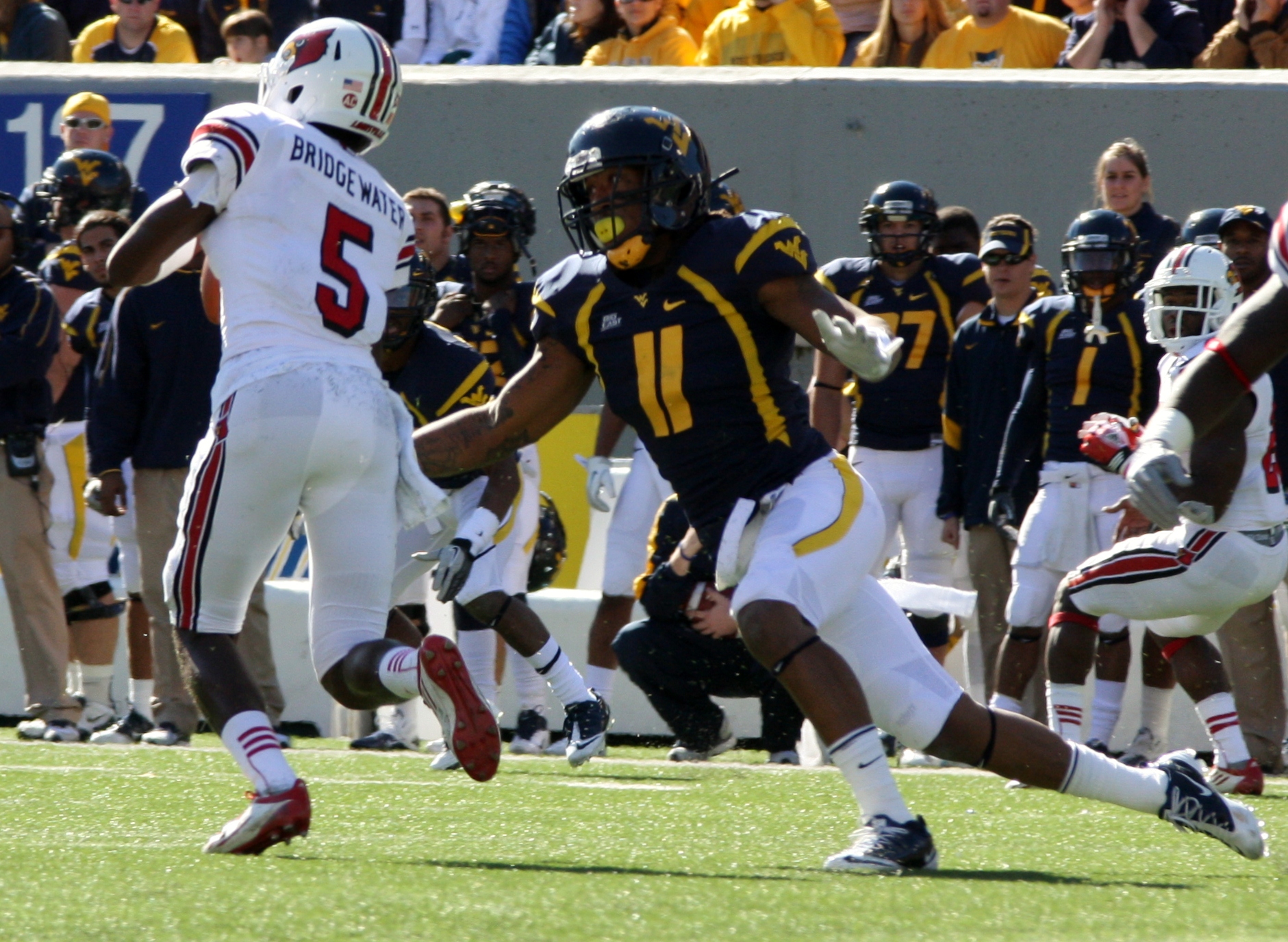 Bruce Irvin Trains with WVU Until Return to Seahawks

Bruce Irvin Trains with WVU Until Return to Seahawks

Can’t wait to see Bruce back on the field.
Check it out:

There is a familiar face roaming the sidelines at West Virginia games these days. It’ll be there for the first five times the Mountaineers take the field this season, supporting the current wave of WVU players.

The face is that of Bruce Irvin, the former Mountaineer defensive end who made a major impact on the program in his two seasons in Morgantown. His ability to get past the offensive line and string together 22.5 sacks in just 26 games made Irvin a bit of a hero to WVU fans.

Entering his second NFL season, though, Irvin is serving a four-game suspension for violating the league’s policy on performance-enhancing substances.

So for the first four weeks of the Seattle Seahawks’ schedule, Irvin is essentially not on the team. He can’t show up to practice or to work out at the team’s facilities. That is what brought him back to his alma mater to train with a staff that helped get him where he is.

“I could have gone anywhere in the country to train – Miami, Atlanta – but I choose to come here,” said Irvin. “I feel like [WVU Strength and Conditioning Coach] Mike [Joseph] does a good job getting me ready mentally and physically. What better place is there than Morgantown, West Virginia? It’s an honor for them to accept me with open arms and I’m just happy to be back home.”