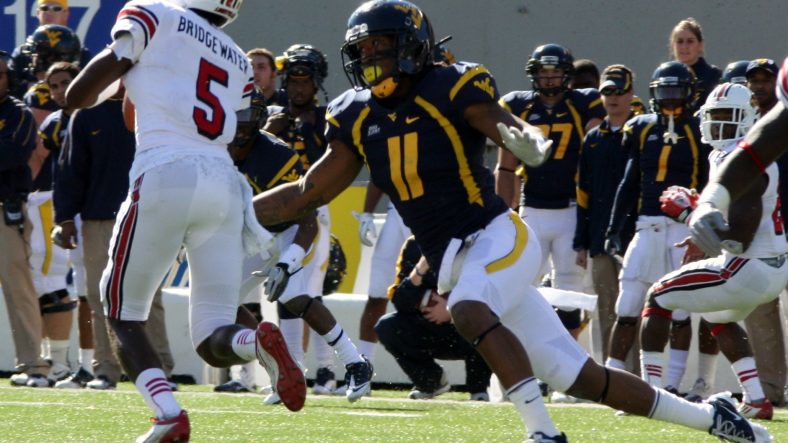 Bruce Irvin crossed the field into enemy territory Monday night, looking for some familiar faces amidst all of the unfamiliar uniforms.

The former West Virginia defensive end sought out two former teammates who on that night would line up for the opposition. Irvin, in his second season with the Seattle Seahawks, wanted to spend some time during pregame catching up with Tavon Austin and Stedman Bailey, both rookies for the St. Louis Rams.

For the first time in their careers, though, the quick talk would be the last time they associated with one another until the game ended. They would go back to their respective sidelines and do whatever they could to beat the other team.

“It was really different,” Irvin said of being opponents rather than teammates. “I love those two boys and it’s a family. West Virginia is a family. I don’t think people understand that.”

There was one point in the game when Austin fielded a pass out in the flats only to get lit up by Brandon Browner as soon as the ball hit his hands. Irvin was the next in line if the initial defender had missed and though he was there to congratulate his current teammate, it looked as though he glanced down to make sure Austin was okay after the hit.

“If I would have gotten a chance to tackle Tavon, I probably would have missed him on purpose,” Irvin said. Then he laughed and added, “Don’t tell nobody that. It was good seeing those guys and hopefully they have a great rest of the season.”