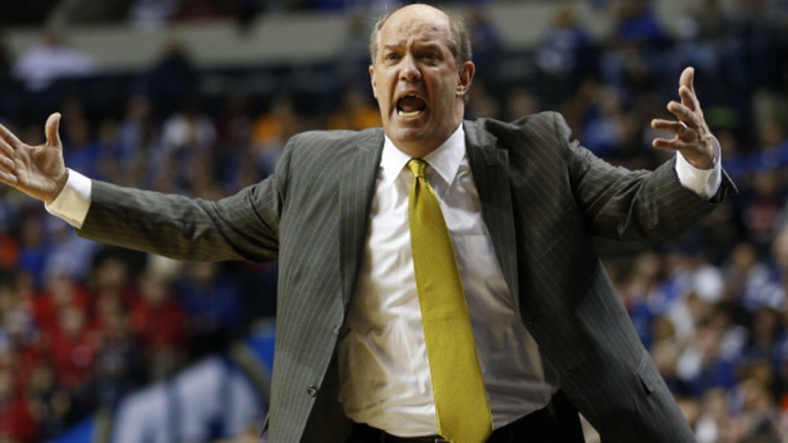 While this is a West Virginia Mountaineers website, I simply cannot get myself to write anymore about that Kansas game. Instead, as therapy, let’s focus on how Pitt really, really sucks at basketball.

Not long ago Pitt was a constant in the NCAA tournament. While they did not make a Final Four, you could count on them being in there every single season and with a decent seed. From Ben Howland to Jamie Dixon, this was a very consistent program. In fact, during 2002 to 2016 they only missed the NCAA Tournament one time.

During Jamie Dixon’s last two seasons they were starting to slip. In 2015 the Panthers only made the NIT and in 2016 they were bounced in the first round of the NCAA Tournament. Before last season Jamie Dixon took off for greener pastures at….TCU? It’s never a good sign when your coach takes off for TCU. This is the alma mater of Dixon so that does lessen the blow a little, but still, that’s tough to swallow for the Panthers when your head coach bails on you to go lead the Horned Frogs.

So Pitt brings in Kevin Stallings. To put it mildly, many people were not thrilled with the hiring of the long-time Vanderbilt coach. Over 17 seasons he went 332-220 at Vandy. Not great by any means, but they made a couple Sweet Sixteens and made the NCAA Tournament seven times while Stallings coached Vandy.

So what the heck happened when he came to Pitt? His first season the Panthers were 16-17 overall and 4-14 in the ACC. Right now Pitt is looking back at that like it is the glory days. This season Pitt is 8-18 and 0-13 in the ACC.

Pitt came into the season with 11 newcomers and zero returning starters. The roster only includes three players with NCAA Division I experience. It was expected for Pitt to have a tough season, but no one expected it to be this tough.

What’s next? Stallings has a $10 million buyout. While the Panthers are on the brink of a potential winless season in conference play, the future isn’t much brighter. If Stallings is fired who will they find willing to come into this mess?

Coincidentally, this is the first season the Backyard Brawl has happened in years. The Panthers held their own in the rivalry game, losing by a score of 69-60. If West Virginia hadn’t hung on for that win it would have been a brutal loss for the resume.

So as a Mountaineer fan, how does this make you feel? Do you enjoy Pitt suffering and being completely awful? Or would you rather them be relevant and have a little bit of success so you can root against them in meaningful contests?