Bracketology Update: How Far Have The Mountaineers Fallen? 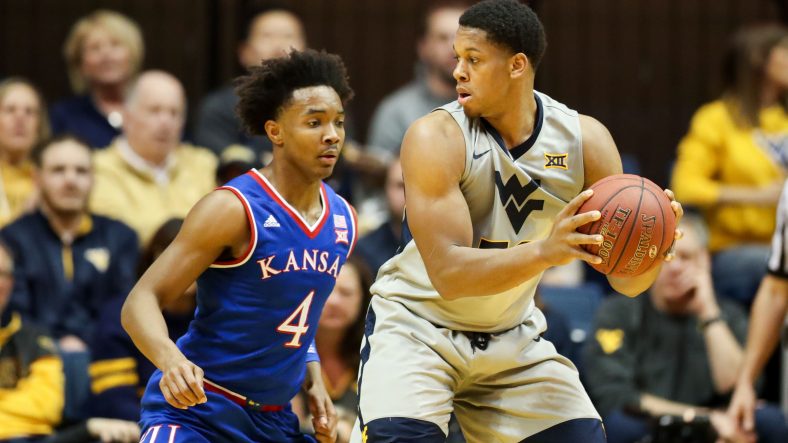 Even though midseason March Madness doesn’t mean much of anything, it’s still fun to track. There has been a Joe Lunardi Bracketology update counting WVU’s recent slide. 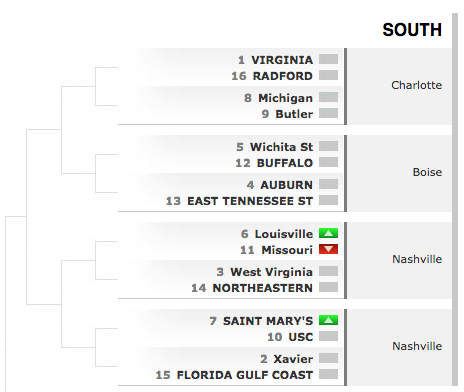 It’s an interesting draw for the Mountaineers. A first round win over Northeastern would pair the Mountaineers up with the winner of Louisville and Kentucky. Then a sweet 16 contest that could be an interesting matchup against a number of different teams. Tournament savvy Xavier lurks as the two seed, but St. Mary’s and USC are also there as the seven and ten seed. On the other side of the bracket there are some interesting teams including Virginia, who the Mountaineers have already defeated, Wichita State, upstart Auburn, Michigan and Butler. Buffalo has shown before that they should not be counted out. This regions seems to be loaded with teams who have made some deep March runs in recent history.

So what does this bracket mean? Nothing, really, but it’s fun to look at where the Mountaineers would be if the season ended today. It shows the Mountaineers are off to a strong start, despite the three losses in four games, but there is still plenty of work to do.

Saturday night is the next leg of the journey when Kentucky visits Morgantown. While this Kentucky team isn’t quite what we are used to seeing from Calipari’s boys, they are still obviously loaded with talent and very dangerous. His teams tend to get better as the year goes on and by March they are always dangerous. This team will almost certainly be no different. With the amount of five-star recruits on the roster, Huggins will have the boys ready for battle.

For the second time ever, ESPN College GameDay will be in town for the Saturday night showdown.

The College GameDay television truck has arrived. See you Saturday at 11 a.m. pic.twitter.com/oM3wXQaKWl

Check out this incredible hype video narrated by Bob Huggins where he tells you what the Mountaineers mean to this state.