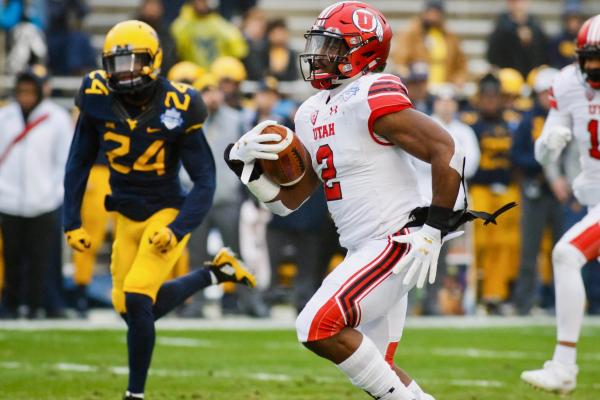 We should have known this was a foregone conclusion. For all intents and purposes, this season ended when Will Grier broke his finger. The Heart of Dallas Bowl was a debacle. Still, we must find some bowl game bright spots.

He was able to get over 1,000 yards (barely) and get into the end zone, giving him 61 catches for 1,004 yards and 12 receiving touchdowns on the season. Normally we wouldn’t celebrate three catches for 26 yards, but it was tough out there.

Let’s start out by stressing that while Simms kickoff returns were strong, his punt returns were awful. Simms had four kick returns for 124 yards, averaging 31 yards per return with a long of 41. When it comes to punt returns, there was this debacle.

Was this really an interception? Looked like it was clearly a fumble. Looking at the stat sheet, they actually ended up ruling it a fumble, preventing Mitch Wishnowsky from being the lowest rated passer in Heart of Dallas Bowl history.

The ensuing drive was a disaster. The Mountaineers had a great opportunity to get within one score with 1st and goal on the Utah 9. WVU’s offense was able to move the ball exactly 0 yards.

He finished with six tackles and 2.5 sacks. After one of the big plays he made, he pulled up his pads to reveals a shirt he was wearing under his jersey. Any information on what that was would be appreciated.

While we weren’t able to track down any video footage of Long’s sacks, we were able to get a Caridi call on a sack. Check it out.

Kyzir White was a tackling machine

Let’s hope Bob Huggins can do what he does and make us forget about this letdown of a football season. Conference play ramps up Friday night at the Mountaineers head to Stillwater to take on the Oklahoma State Cowboys. Let’s go Mountaineers!