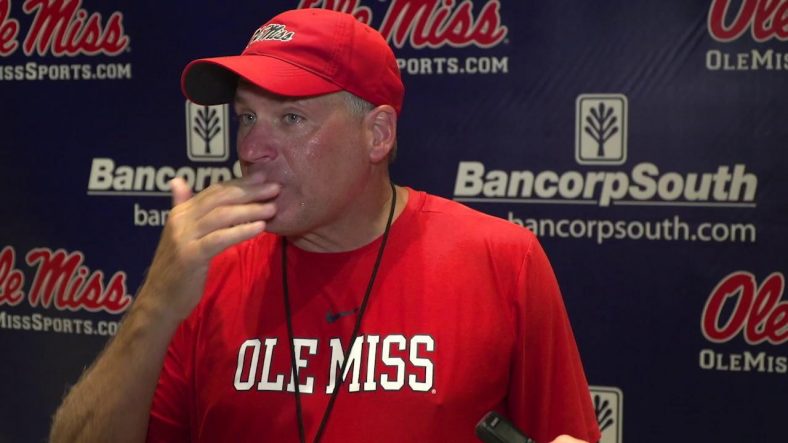 Rodriguez is well-known as a pioneer of the spread read option offense and considered by many to be an offensive guru.  However, his Ole Miss offense accounted for only 173 total yards in the 15-10 loss to Memphis.  The Rebels rushed for just 80 yards on 33 carries and starting quarterback Matt Corral was 9-19 for 93 yards an an interception.  Clearly, Rich Rod’s offense is a work in progress down there in Oxford, Mississippi.

Offensive coordinator Rich Rodriguez has some work to do to make $900,000 a year seem like a good investment.

Rich Rodriguez was not the only former WVU Head Coach to struggle in his season opener at a new stop.  Dana Holgorsen, who recently claimed that he would take his Houston Cougars team into Norman, Oklahoma and beat the #4 ranked Sooners, was proven wrong with a 31-49 loss.

Prior to the game, Holgorsen listed as “not being able to beat Oklahoma at West Virginia” one of his primary reasons for leaving Morgantown for Houston.  The loss in his season opener with Houston shows that perhaps it’s not West Virginia but rather Dana Holgorsen, now 0-8 lifetime against the Sooners, who can’t beat Oklahoma.

Holgorsen is also considered an offensive genius, but Oklahoma had 686 yards compared to Houston’s 408 yards.  Jalen Hurts, the Senior graduate from Alabama, shredded the Cougars’ defense and was 20-23 for 332 yards passing and 16 carries for 176 yards rushing.

Dana Holgorsen:"We didn't play very good on defense.I've seen that happen a lot against this group..However many years n a row.I didn't think I'd be saying it again-We didn't play great on defense.We got to improve but I'm gonna take it for a grain of salt at who we were playing" pic.twitter.com/Tw5hPv7eNc

Following the game, Oklahoma fans treated Holgorsen to their version of “Country Roads.”  While West Virginia fans certainly don’t want him back, it was a fitting tribute/dig on the coach who “left Morgantown for a better chance to beat the Sooners.”