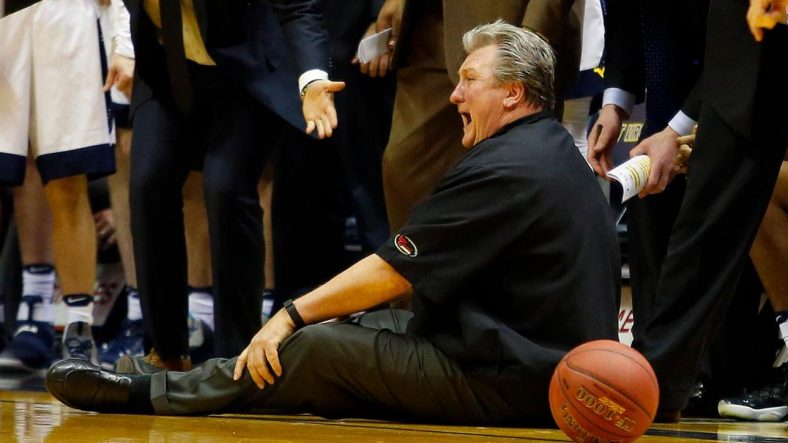 Make no mistake, there is a fire burning within Bob Huggins.  When he’s won as long as he has, and in such an impressive way, losing like West Virginia basketball did last year does not sit well with him. 860 career wins and many tremendously successful seasons were not a fluke.  Last season was a fluke.

Bob Huggins is a man obsessed with winning.  The most dangerous kind of winner is one that is currently failing and longs for the sweet, sweet taste of victory again.  Watching the NCAA Tournament at home last year was not easy for Coach Huggins.    Last year’s team was set up to be successful.  Without dissecting everything that went wrong, just about everything went wrong.  Perhaps there should have been fallback options in place in case of a Sagaba Konate injury or Esa Ahmad failed to come close to living up to his hype as a 4 year starter, but both cases were unlikely going into the season.

To say that someone is “obsessed with winning” is almost a bad thing in our culture.  Yet, we admire those who show genius in what they do, and most often that takes an obsessive personality.  Huggins is a basketball genius.  Behind genius there is often incredible pain and suffering.  Likely tortured by his own thoughts and obsession, last season almost certainly affected his health and has been very painful emotionally for him during the offseason.

Bob Huggins can’t fake it.  He couldn’t paint a rosy picture and act like everything was fine when he wasn’t.  He doesn’t blame his players and take jabs at their effort in post game conferences because it’s a particularly effective strategy; he can’t help himself.  He’s very much aware that he can put players in position to be successful and win if they listen to him explicitly.  A constant failure to take what he’s told them countless times in practice and execute it in the game is maddening for him.  He’s perfectly incapable of keeping that in and to himself.  For him to allow you, the fan, the viewer, to think that the product you saw on the court was what he wanted, what he had coached, would mentally and physically destroy him.  Last year’s team is not Bob Huggins.  Last year’s team is a product of players not listening to Bob Huggins.

During the offseason, his mind was likely running a million miles per hour with thoughts of how to fix this.  In his only two losing seasons in his career (1984-85 with Akron and 2012-2013 with WVU), the following years he led his teams to winning records (Akron went from 12-14 to 22-8 and WVU went from 13-19 to 17-16…and then 25-10 the year after that).  His teams have missed the NCAA Tournament just 3 times in the past 27 years.   In other words, this won’t last long.  With the additions of Oscar Tshiebwe, Miles McBride, Sean McNeil, Tajzmel Sherman and Jalen Bridges, he has made huge strides in fixing last year’s issue and they are right back in position to beat anyone in the country.

Fran Fraschilla, ESPN color commentator and former college head coach, claimed last season that West Virginia basketball is “5-6 players away from being relevant again.”  Believe that Bob Huggins has spent every waking moment attempting to prove him wrong.  He got those 5-6 players and the Mountaineers are rebuilt and ready.  The lineup is stacked and deep.  The Mountaineers have size, strength and are also stacked with multiple players that can shoot and score from anywhere on the court.

The intense pain of not making the NCAA tournament will be replaced by the joy of success this year.  However, the fire within Bob Huggins will burn until his ultimate goal is accomplished.  He will finally win it all for the great state of West Virginia, or Bob Huggins will die trying.

It’s only 50 days away from the start of something special.