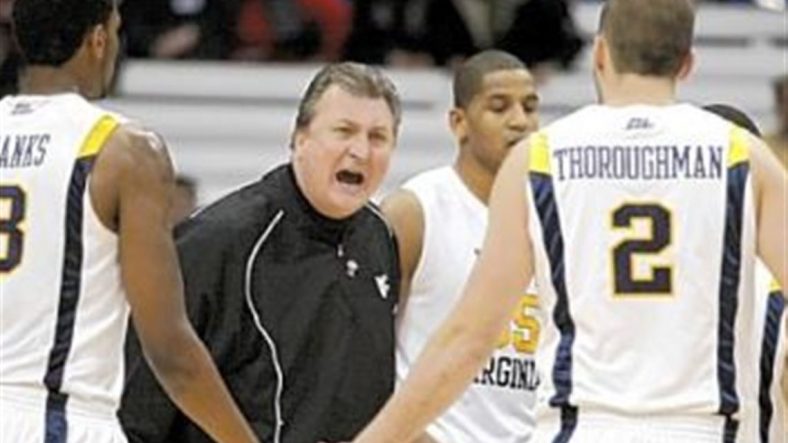 According to poll by The Athletic, Bob Huggins was voted “coach you would least like to play for.” The poll was among 110 players from the NCAA Tournament. 9.1 percent of the polled players chose Huggins. The runners-up were John Calipari, Tom Izzo and Frank Martin, all at 6.4 percent.

An anonymous player was quoted as saying, “Bob Huggins. Just too aggressive for me. That’s not my style. I need to be able to talk to my guy.”

This is surprising. @TheAthleticCBB anonymously polled 110 college basketball players this past month. One of the questions was: which coach would you least like to play for?

Look, there’s no denying it’s been a tough year for Bob Huggins. The in-season attrition at WVU this season is unprecedented. James Bolden, Wesley Harris and Esa Ahmad are all starters who didn’t make it through the season. Lamont West finished the season in the starting lineup and will not be back next season. Andrew Gordon was a backup big man who saw some action and he has moved on. Trey Doomes was a true freshman who saw limited action and he has also decided to move on.

On the other hand, there’s no denying that Bob Huggins’ former players will go bat for him. If you’ve seen his interactions with players on “Senior Night” then you know what Bob Huggins means to his players and vice versa. The issue is there were no seniors this season. In order to have that special magic on “Senior Night” the players must make it to their senior season.

One example of a bond between Huggins and one of his former players is Kenyon Martin. A segment on Undisputed allowed Martin to talk about why he loves Bob Huggins. When they asked the best coach he ever had, without hesitation Martin replied, “Bob Huggins.”

Then there was the moment between Huggins and Mountaineer star Da’Sean Butler.

Every Mountaineer fan remembers this moment. With the season fading away, Butler was desperately trying to stage a rally for the Mountaineers and blew out his knee in the process. The moment when Bob Huggins got down on the court with Butler to console him was an incredible moment that basketball fans all over the country took notice of.

There are countless other times when the special bond between Bob Huggins and his players were on display. With that being said, there’s no doubt that it takes the right kind of player to mesh with Bob Huggins. During the past season the roster was loaded with the wrong type of players. Huggy Bear is committed to getting the team back on track with his kind of players.

While Huggs was voted as the “coach you would least like to play for” there are many of his former players, including Kenyon Martin, who would undoubted vote him as “the best coach they’ve ever had.”