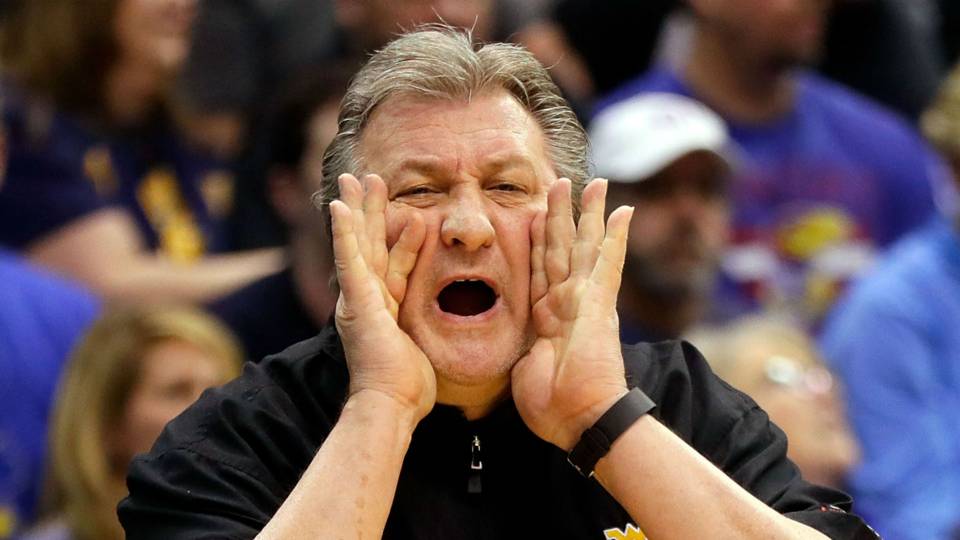 Tonight West Virginia takes on Coastal Carolina at the Coliseum at 7 p.m. Bob Huggins took to Twitter to ask the fans to ‘support the boys.’

Tonight West Virginia takes on Coastal Carolina at the Coliseum at 7 p.m. Bob Huggins took to Twitter to ask the fans to ‘support the boys.’ As Mountaineer fans, when Bob Huggins asks you to do something, it’s a good idea to do it.

Mountaineer Nation, make sure you come out and support the boys tomorrow night at 7pm vs. Coastal Carolina. General Admission is $10. These guys have really made strides over the past season and are really starting to embody what it means to put on the flying WV!

Like Coach Huggins said, tickets are just $10 general admission and you can get them here. Parking is free. The $10 is a bit misleading as there is a $4 fee, but when it’s all said and done $14 is a great bargain.

Also in his tweet, Huggins points out that the team has really made strides. This is such a unique team for Bob Huggins. He very rarely misses the NCAA Tournament. The last time a Huggins-led Montaineer team missed the NCAA Tournament was the 2013-2014 season. This and the season before it were transition years. Players like Terry Henderson, Aaric Murray, Jabarie Hinds and Eron Harris highlighted this very frustrating two-year span. There was loads of attrition. The 2014-2015 year was the beginning of a very successful era, highlighted by the four-year starting backcourt of Jevon Carter and Daxter Miles Jr.

In the first round of the CBI, West Virginia took down Coastal Carolina by a score of 77-63. West Virginia pulled away late in a game that was very close before the Mountaineers went on a 22-2 second half run to put the Antelopes away. Jermaine Haley finished with 24 points. Freshman Emmitt Matthews Jr. added 11 points and six rebounds.

One of the highlights of the game was former Phoenix Suns NBA great Dan Majerle gracing the Coliseum with his presence. While he’s not quite the physical presence he was as a bona fide NBA defensive stopper, it was still great to see him limping around the Coliseum.

This tweet by Huggins indicates that he’s fired up about the program and wants the fans to be as well. He realizes this season wasn’t up to his standards and wants to get the fans excited about the program again. In case you missed it, incoming recruits Oscar Tshiebwe and Miles McBride led their high school teams to state championships this past weekend. With every key contributor returning and Tshiebwe and McBride set to join them, next years team is something to be excited about.

So come on out and support the Mountaineers. The game tips off at 7 p.m.

It's Game Day in the @CBITourney quarterfinals against Coastal Carolina.

All tickets $10 with general admission seating. Avoid the lines at https://t.co/Js8CzCO3He

Free parking in the Coliseum lots