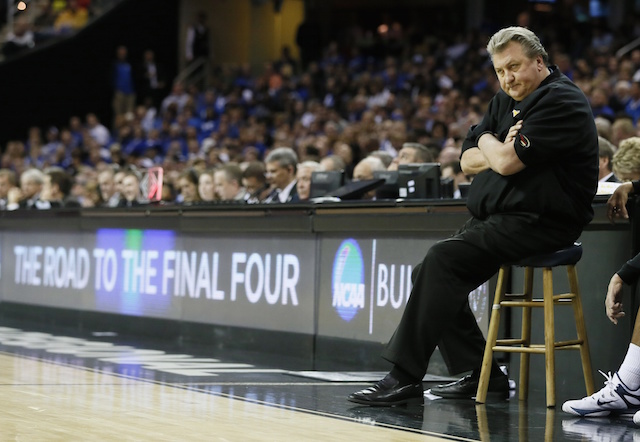 Bob Huggins’ Revamped, Determined Juggernaut of a Team Will Be Ready for War!

The 2019-2020 West Virginia University Men’s Basketball Team is talented enough and want it enough to make it to the 2020 Final Four in Atlanta, Georgia.

Bob Huggins’ Revamped, Determined Juggernaut of a Team Will Be Ready for War!

A winner who is going through or gone through a losing spell is the most dangerous kind of winner and Bob Huggins is dangerous.  A sleeping giant has been awakened.  He has always cared about winning, but he’s now obsessed with it.  If he was a loud-mouthed, explosive-tempered coach in the past, he’ll be a goddamn fire-breathing dragon in practice and during games next year.  He’s learned from last year.  He won’t let players run his locker room ever again.  He’s in the twilight of his career (with a window of perhaps 2-5 years remaining) and he won’t waste one more season, one more game, one more minute with players that don’t want to do it his way.

Next year’s practices will be intense.  The returning players from last year can’t wait to redeem themselves for last year.  The players joining the team, Miles McBride, Oscar Tshiebwe, Sean McNeil and Tajzmel Sherman like to work.  They’re hard workers that want to be pushed and Bob Huggins will have no problem pushing them and getting the very best out of them in practice.  He won’t have to worry about who is staying after practices to get shots in because they’ll all live there.

McBride, the sensational point guard out of Cincinnati, Ohio, announced that what he looks forward to most about WVU is Bob Huggins’ practices.  Sean McNeil, the sharpshooting guard who averaged 29.7 points per game, was described by his coach at Sinclair College as one of the hardest workers he’s ever coached.  Oscar Tshiebwe is coming to Morgantown as soon as he graduates from high school in a few weeks to get on campus and start working.  Tajzmel Sherman lives in the gym.  These are Bob Huggins basketball warriors and he will have them ready for war.

The college basketball season is long and there are a lot of variables, but this team can reach their full potential and their full potential is the Final Four and beyond.  The 2019-2020 West Virginia University Men’s Basketball Team is talented enough and want it enough to make it to the 2020 Final Four in Atlanta, Georgia.  Tickets are available through a randomized selection process this year and if you’re a perpetual optimist like I am, you’ll book your tickets in advance: