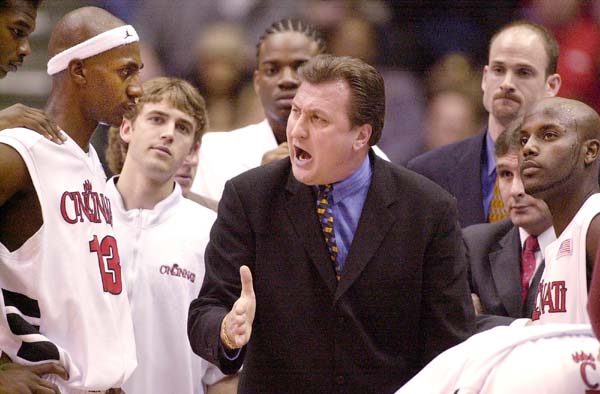 Conference USA is celebrating their 25th season. As part of the celebration they are announcing the Inaugural Class of the Conference USA Hall of Fame. West Virginia head coach and former Cincinnati Bearcats lead man Bob Huggins was one of those in the inaugural class.

In honor of our 25th season celebration, we are pleased to announce the Inaugural Class of the Conference USA Hall of Fame. ✨

Also included in the inaugural class was Cincinnati big man Kenyon Martin. During Martin’s senior season the Bearcats were ranked No. 1 for 12 weeks and favorites to take home the national title. Disaster struck during the first round of the Conference USA Tournament when Martin suffered a broken leg and missed the entire NCAA Tournament. Despite this, Martin was selected No. 1 overall in the NBA Draft and became the last American-born college senior be selected with the top pick in the draft.

Martin still has an incredible amount of respect for Bob Huggins. In 2018 while appearing on “Skip and Shannon:UNDISPUTED” on FS1, Martin was asked who is the “best coach you ever played for?” Mountaineer fans will not be disappointed in his response.

Congratulations to Bob Huggins and Kenyon Martin on their inductions into the Conference USA Hall of Fame.