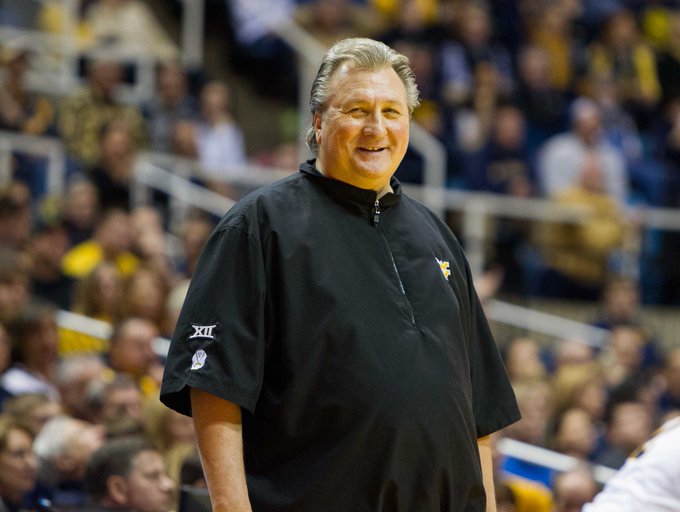 Mountaineer Sports has named Bob Huggins 2019’s “Sexiest Man Alive” in West Virginia.  Huggins received 82% of the 1st place votes and 18% of the 2nd place votes from our selection panel.

Because this is an inaugural event, we contacted People Magazine to see how their “Sexiest Man Alive” is chosen each year.  According to Larry Hackett, People Magazine’s Managing Editor, “Sexy certainly has to do with someone being good-looking, and has to do with a certain kind of romantic, flirtatiousness physical appeal that may be beyond just academic appreciation of the way they look. We want some mystery in our sexiness.”

In other words, the selection does not follow a perfect algorithm, but Bob Huggins certainly oozes the mystery and good looks that made him an obvious, almost unanimous choice for our voting panel.

Although Huggins doesn’t possess the chiseled jawline, sculpted abs, and smoldering gaze that most “Sexiest Men Alive” do, he has a certain air of confidence that we found irresistible.  The fact that he earns $3.75 million dollars a year and is a future Hall of Famer doesn’t hurt either!  He’s powerful, he’s rich, he’s successful, he’s sexy!

This announcement will be welcome news for Bob Huggins who has endured the worst basketball season of his long and illustrious career.  Calls made to his office for comments were not immediately returned.

Jordan McCabe After Disappointing Loss to Coastal Carolina: ‘Next Season is Gonna be Different’
Why Can’t Bob Huggins Land Top Recruiting Classes at WVU Like He Did at Kansas State?