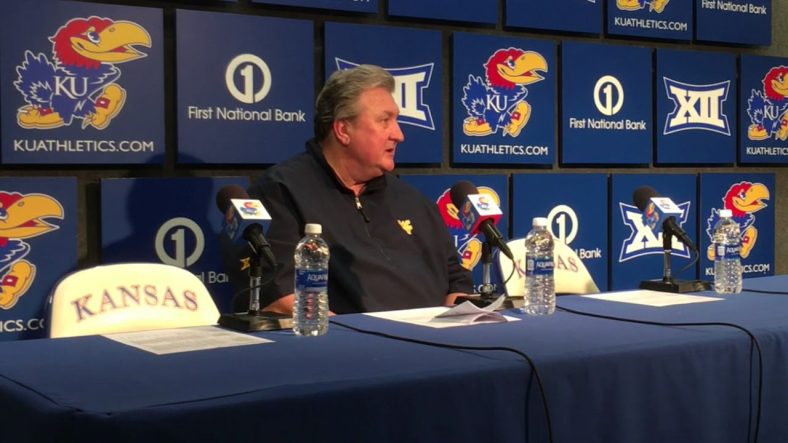 After losing to Kansas, West Virginia coach Bob Huggins had a lot to say about the official. Particularly, 35 to 2. Since then he has been issued a “public reprimand” by the Big 12.

A public reprimand is no big deal. All they’re doing is letting Huggins know something he already knew. That he shouldn’t be saying things like that in a post game press conference.

Will Huggins change anything as a result of the public reprimand?

Asked for comment, Bob Huggins on the public reprimand: “I’m not going to say anything from now on.”

Should be interesting to see how the next press conference goes down. Perhaps Bob Huggins will sit their with a smile and not answer any questions.

In case you missed the press conference after the Kansas game, check it out here:

Saturday the Mountaineers host Iowa State, looking to get revenge for a loss earlier in the season at Ames. We’ll get the post game interview up as soon as it becomes available.