Bob Huggins is building a GIANT. 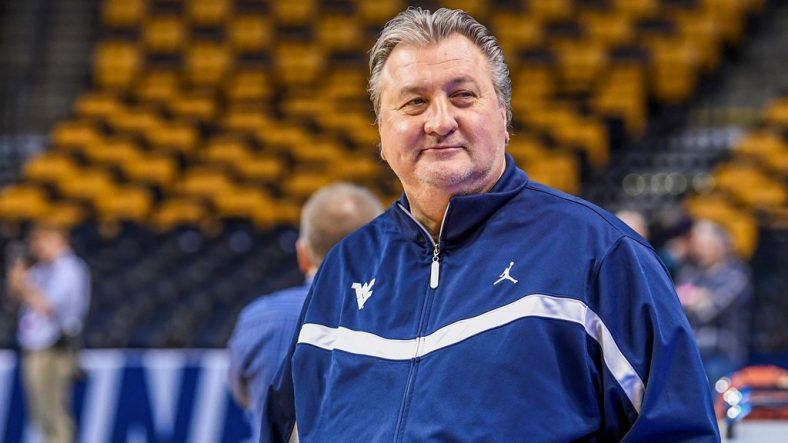 Last season will soon be a very distant memory.  Bob Huggins has been busy since the end of last year’s dismal 15-21 season. In addition to Oscar Tshiebwe and Miles McBride, Huggins added his top two shooting guard targets with the additions of JUCO studs Sean McNeil and Tajzmel “Taz” Sherman.  Although West Virginia is very talented in the paint, depth was also an issue.  Huggins went after 6’10 big man Ethan Richardson from Fresno City College and landed him, too.

When Isaiah Cottrell, one of the most talented players in the 2020 class, committed, it got real.  Cottrell is an absolute perfect fit for Bob Huggins and the Mountaineers.  I recently wrote a piece calling him “The Future of West Virginia Basketball.”

Consider this potential lineup in 2020-2021:  McCabe/McBride/Knapper, McNeil/Sherman, Matthews/Cottrell, Tshiebwe/Cottrell, Culver.  That lineup is competitive with any team in the Big 12 and perhaps the country.

In addition, Bob Huggins isn’t done.  Talented players want to play with other talented players.  Jameyn Brakefield, a 5 star player from Huntington Prep, congratulated Cottrell on his commitment and said, “Take Me Home…West Virginia!”  Brakefield, a 6’8 210 pound power forward, is the 34th ranked player in the country and the top rated player in the state of West Virginia according to 247 Sports.  His coach at Huntington Prep, Arkell Bruce, told Mountaineer Sports that Brakefield is very interested in WVU.

Mountaineer fans will forget all about last season in the coming years.  The future is incredibly bright in Morgantown and Bob Huggins has the type of players again that can bring a championship to West Virginia University.