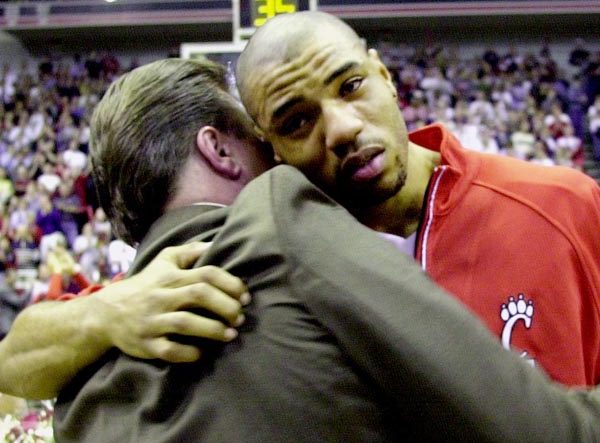 Even with a trip to Kansas lined up for Tuesday, Bob Huggins hits the road to head west in hopes of scoring a recruit with a name familiar to all college basketball fans.

Bob Huggins best team to date, most would say, was his 1999-2000 Cincinnati Bearcats team. The team was ranked No. 1 for a large portion of the season and heading into the tournament. Kenyon Martin was the star of the team and the AP National Player of the Year.

The Bearcats had a quarterfinals matchup with St. Louis in the Conference USA Tournament against Memphis. Three minutes into the game everything changed for the Bearcats. While stepping out for a screen, Kenyon Martin’s leg bent awkwardly and he broke his leg. That was the end of the season for the Cincinnati star. Kenyon Martin would never play another minute for the University of Cincinnati. The Bearcats’ national championship hopes were derailed. They lost in the second round of the NCAA Tournament to Tulsa. Despite this, Kenyon Martin was the No. 1 pick in the draft that year.

On the eve of heading to the west coast, Bob Huggins spoke with Tony Caridi and Jay Jacobs about who he was going to be targeting. Because of NCAA rules he couldn’t just come out and say who he is going to visit, but he left little doubt of who he is talking about.

Huggins said he is going to California “to see a 6-7 guy that has the same name as his father and who you know.”

Huggs says he’s also going to California to recruit a player who “has the same name as his father.” 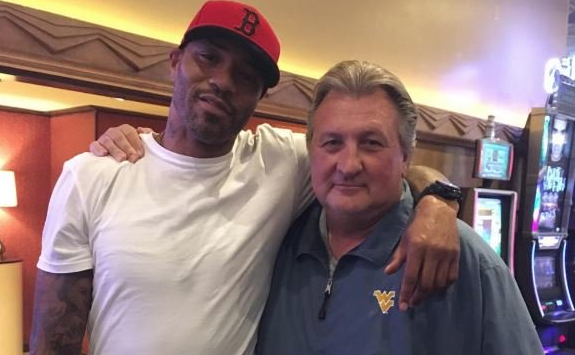 Kenyon Martin Jr. is also being targeted by Cincinnati and Georgetown.

The history is there for Bob Huggins and the Martin family. It shouldn’t come as a surprise that Coach Huggins is willing to fly across the country to pay this big-time recruit a visit, even with the trip to Lawrence slated for Saturday.

Before visiting Martin, Huggins also has a visit lined up in Las Vegas to see a “6-10, 6-11 player” in a recruiting class “down the road.”

The guy he is talking about is 6-10 center Jalen Thomas of Henderson, Nevada. He is a four-star recruit from the class of 2019. Thomas is also being targeted by Xavier.

During the middle of the Big 12 conference grind, Bob Huggins is off to the west coast to try and land two big-time recruits for the upcoming West Virginia recruiting class. Is there any question why this state loves Bob Huggins? Get ’em Huggs!