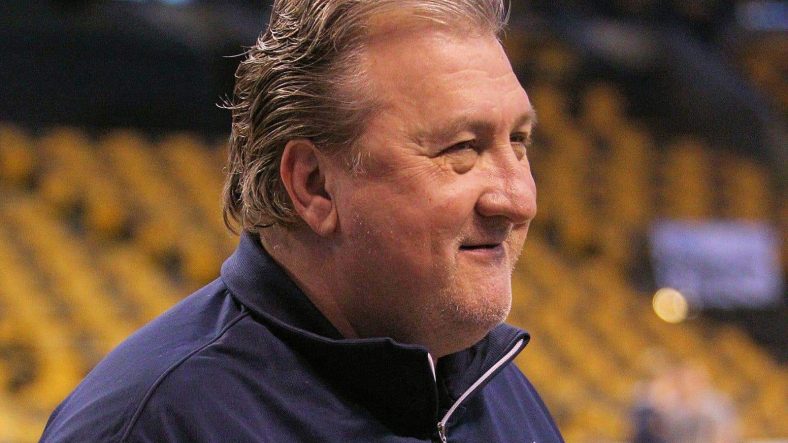 There’s nothing Jay Bilas loves more than to get on his soap box and cry and complain about different social issues related to collegiate athletics. His favorite topic to go in on is that he believes college athletes should be paid. He goes to war on Twitter about this topic on a regular basis.

The WVU Basketball Twitter account tweeted a video that shows off some of the new upgrades that the program has made this summer. It featured Mountaineer star Jordan McCabe showing off all of the upgrades.

Check out these upgrades we made this summer! #HailWV pic.twitter.com/cbsjhnexs4

Jay Bilas took notice of the video. He used this as an opportunity to get on his soap box and preach about a “level playing field.” Check out his tweet:

When Bob Huggins saw this tweet, he responded in classic Huggs fashion. You can almost hear him saying this to Jay while staring at him and giving it to him with his classic deadpan delivery.

The responses to Coach Huggins’ tweet were loaded with proud Mountaineers who had their guy’s back.

Not forgetting that Huggins built an alumni locker room and allows former players to act as mentors to the new guys, as well as share the facilities to develop as professionals, but sure, they shouldn’t have Gatorade in the fridge or whatever

You gotta love when teams such as duke,Kansas etc are known cheaters and Jay Bilas says nuthing. WVU makes something nice for student athletes to participate in and is vilified for it. Huggs also lets past players use this facility. He just mad we got something better than Duke

It’s funny how Bilas targeted WVU, of all places, for a tweet like this. Obviously he’s not going after Duke since that’s where he went to college, but what about a place like Arizona, where massive controversy is brewing?