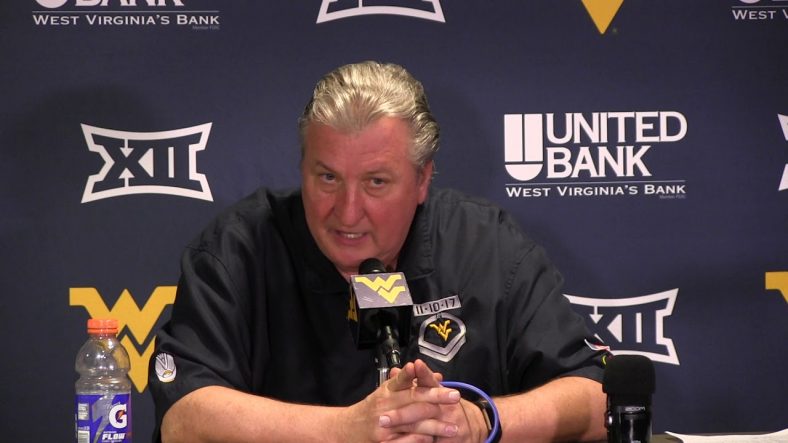 You knew after a hard-fought win over Northern Colorado it wasn’t going to be all sunshine and rainbows in the postgame press conference with Bob Huggins.

After his team built a 17-point lead and blew it, allowing Northern Colorado to tie it up late in the second, his team went on a 10-0 run to bring home the win. Huggins said his team “kind of stopped playing.”

Jermaine Haley led the way with 18 points and 12 rebounds. Derek Culver was the second-leading scorer with 13 points despite only playing 11 minutes and sitting out the entire second half.

When asked about why Culver was benched, Huggins had a firey response:

“It was a coach’s decision. How’s that? Took a lot of thought to come pu with that.”

Culver entered the game when the WVU lead shrunk down to eight points. He played a big part in the Mountaineers bringing home the win.

Oscar Tshiebwe and Emmitt Matthews Jr. had dominant performances against Pitt, but both had a very tough time getting it going against Northern Colorado. The Big O had four points and seven rebounds while Matthews Jr. had six points and three boards.

Despite the narrow win, Huggins did take some positives.

“We’re still learning how to play,” Huggins said. “The positive is we could have folded but we didn’t.”

Bob Huggins After the Win Over Northern Colorado:

Up next for the Mountaineers is Boston University. Tip off is set for 7 p.m. on Friday and it will be televised locally by Nexstar and also will be live streamed by WVUSports.com.