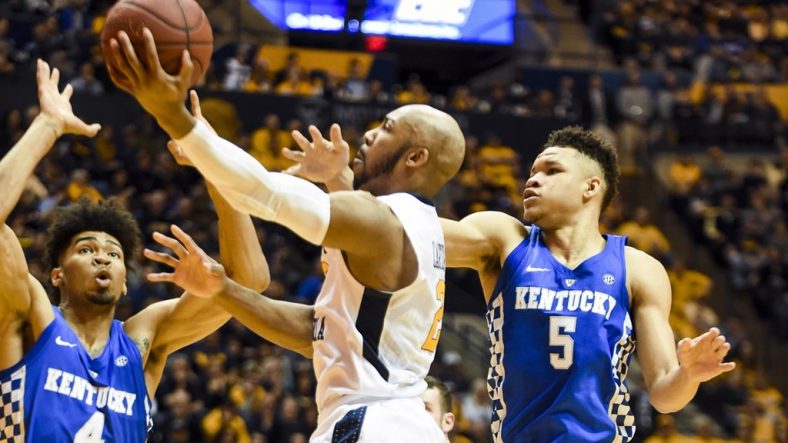 Jevon Carter is finally getting recognized as one of the best players in the country. What took so long? Bleacher report ranks Jevon Carter No. 5 among the players left  in the Sweet 16. Apparently they’ve realized something that Mountaineer fans have known for years. After adding great shooting to his gritty defense, Carter has ranked among the best players in the country.

In the first two games of the NCAA Tournament Jevon Carter has averaged 24.5 points, 6.5 assists, 4.5 rebounds and an astounding 5.6 steals per game.

Up next for JC and the Mountaineers is their toughest test of the tournament thus far. West Virginia is taking on No. 1 seed Villanova at Boston TD Garden Friday night. The Wildcats have also crushed their first two opponents in the tournament.

Press Virginia, led by defensive stalwarts Jevon Carter and Sagaba Konate, will be a much tougher challenge for Villanova. West Virginia hopes to advance past the Sweet 16 for their first time since 2010 and Villanova is seeking their second national championship under Jay Wright.

Jevon Carter will be matched up against National Player of the Year candidate Jalen Brunson. It will be a real treat to see the two best guards in the country lock horns with a trip to the Elite 8 on the line.

West Virginia and Villanova is set to tip off tonight at 7:27 p.m. ET. The game will be on CBS and will be called by Ian Eagle and Jim Spanarkel. If you need the stream, that can be done using NCAA March Madness Live. In the Morgantown area, the game can be listened to on 100.9 FM.