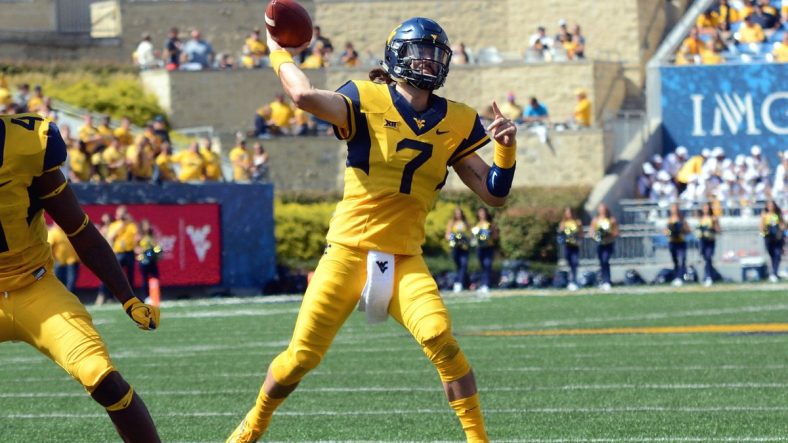 Will Grier is currently leading the Big 12 in passing touchdowns, passing yardage and total offense per game. Don’t forget that he shares a conference with Baker Mayfield of Oklahoma and Mason Rudolph of Oklahoma State.

Grier leads the Mountaineers against Delaware State this Saturday. The game is slated for a noon kickoff.