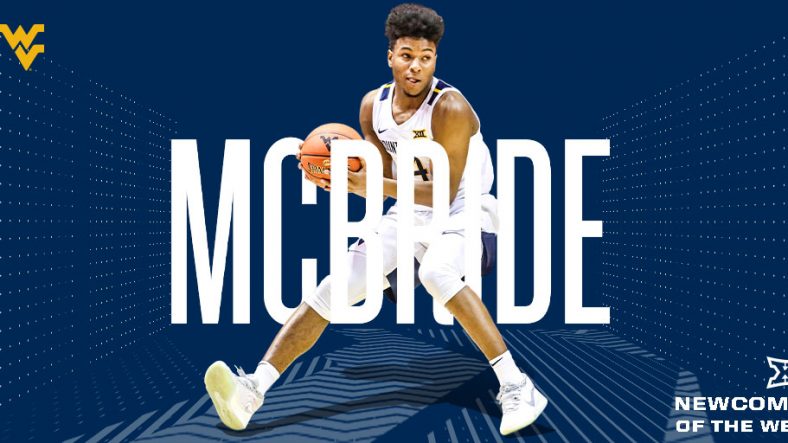 Sunday in Cleveland may be remembered as the “coming out party” for WVU freshman guard Miles McBride. “Deuce” dropped 21 points on the Buckeyes and led his team to a victory over No. 2 Ohio State. He was 6-of-12 from the field, including 3-of-4 from three-point range.

The Big 12 took notice of the performance. McBride was named the Big 12 Newcomer of the Week by the conference on Monday.

He scored a game-high and career-high 2⃣1⃣ points in @WVUhoops' win over No. 2 Ohio State.

Miles McBride is the #Big12MBB Newcomer of the Week. pic.twitter.com/mfFME3HZgy

The Big 12 Conference isn’t alone in recognizing how well the freshman guard is playing. College basketball analyst John Rothstein is ground-level on the Duece bandwagon. Back in late November, he mentioned McBride on Twitter.

On Sunday after McBride led the Mountaineers to a win over Ohio State, Rothstein doubled down on his stance as a McBride stock buyer.

Miles McBride. You should have bought stock a long time ago.

The WVU freshman duo has been everything Mountaineer fans hoped for.