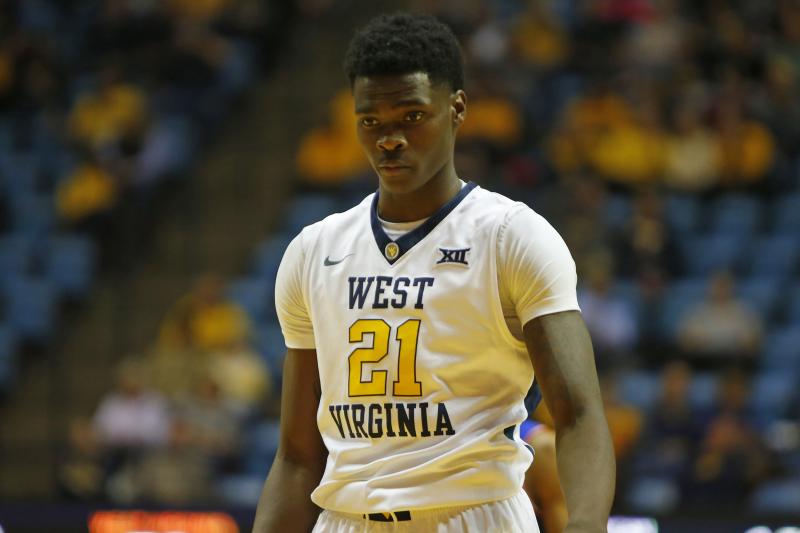 Mountaineers fans can let out a sight of relief. After the unfortunate incident involving Wesley Harris and Texas Tech fans, the Big 12 announces their punishment on the matter.

The Big 12 Conference announces a public reprimand of West Virginia University student-athlete Wesley Harris for striking a court-storming fan following the conclusion of Saturday’s WVU at Texas Tech men’s basketball game. His action is in violation of the Big 12 Conference’s Sportsmanship and Ethical Conduct rules.

“We must ensure that a safe environment is provided for players, coaches, game officials and fans,” said Big 12 Commissioner Bob Bowlsby. “Although the post-game environment did not live up to our expectations, Mr. Harris intentionally striking a fan is contrary to the Conference’s Sportsmanship standards.”

The Big 12 released another public reprimand of Texas Tech University:

In accordance with the Big 12 Conference Principles and Standards of Sportsmanship, the Conference has issued a public reprimand and $25,000 fine of Texas Tech University for its handling of postgame protocol at the conclusion of the men’s basketball contest against West Virginia University on Saturday, January 13.

“We have a duty to provide a safe game environment,” said Big 12 Conference Commissioner Bob Bowlsby. “The Texas Tech Department of Athletics has a written event management policy which was unsuccessful in ensuring the safety and security of the visiting team game participants. Although the Big 12 Conference does not currently have a policy prohibiting spectators from entering playing areas for post-game celebrations, it is of utmost importance that home game management provide adequate security measures for our student-athletes, coaches, game officials and spectators.”

I guess Wesley Harris #21 and @sagaba50 #50 from @WVUhoops were a little bitter after tonight’s loss to @TexasTechMBB Swinging at fans on the court ???? @Big12Conference @espn #wreckem #gunsup #ttu #wvu pic.twitter.com/cpTdNolmVX

It is important for the Mountaineers to be at full strength for their Big Monday showdown against Kansas. Hopefully all parties involved learned from the incident and can avoid altercations like this in the future.

As expected, there are some Texas Tech fans who are not happy with the results.

So the Big 12 fines #TexasTech $25K and “publicly reprimands” WVU’s Wesley Harris for punching a student, AKA they wagged their finger.

What a total joke. Had that student punched Harris, WVU would’ve raised unending hell to get him punished in a major way.

There are always safety concerns when rushing the court. Students & Fans, please be cautious. It is unfortunate that Wesley Harris (No. 21) of @WVUhoops chose to strike a fan in the back after he was bumped into. @Big12Conference https://t.co/ByK0HASqVZ

Not all Mountaineer fans share their view on the matter.

I'm sure Wesley Harris #21 and @sagaba50 #50 from @WVUhoops will get a lot of hate for the altercation with the @TexasTechMBB fan. But honestly Texas Tech & other colleges should be ashamed they continue to allow fans to storm the court. MAJOR safety concern for the players.

Tonight’s game against Kansas tips off at 9 p.m. EST and will televised on ESPN.

It's game day at the Coliseum. pic.twitter.com/e8MOuvNTVk