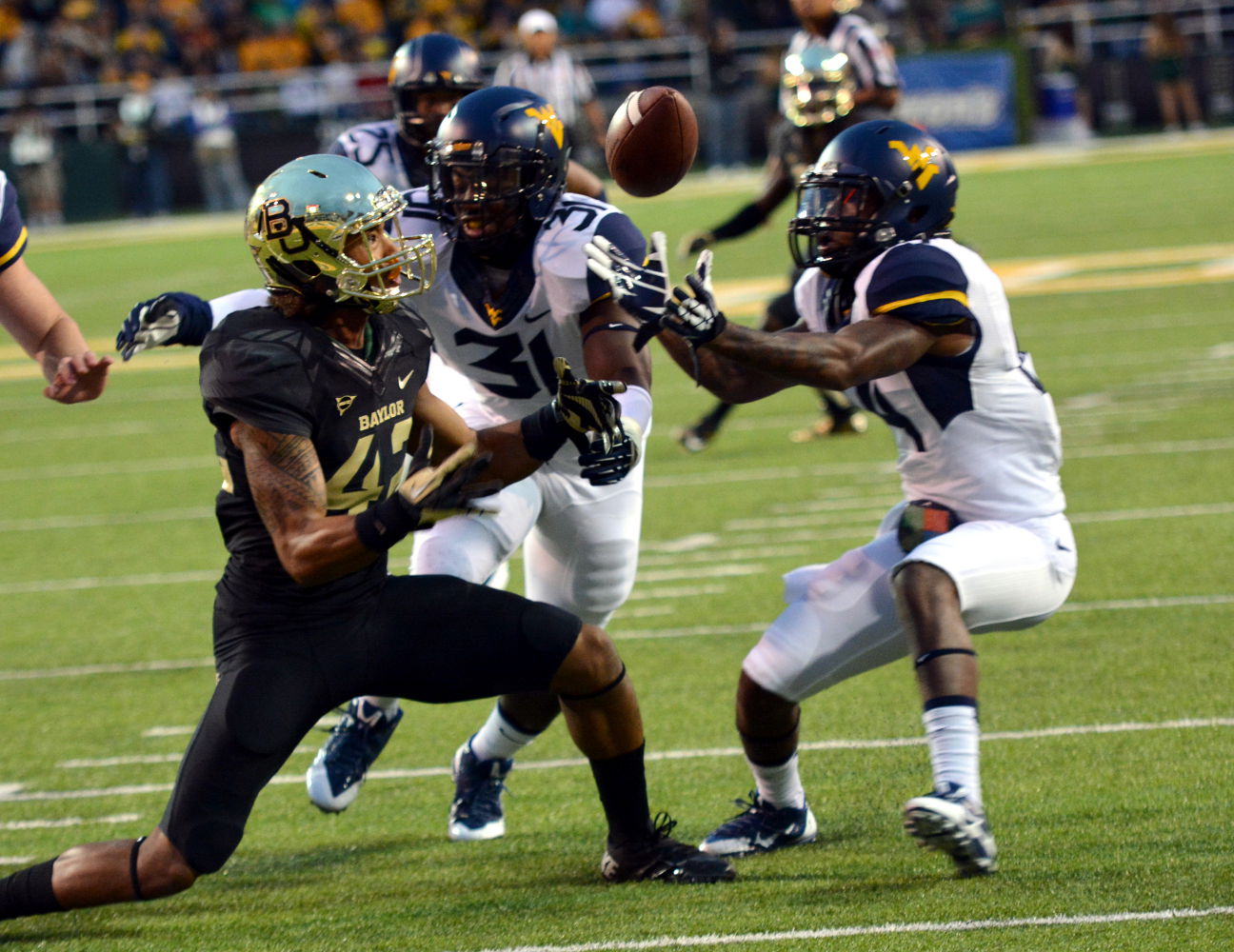 Still lots of football to play this season and we need to figure out how to get a lot better.
Check it out:

The superlatives from Baylor’s 73-42 full-throttle blistering of West Virginia:

Best evidence Baylor’s offense isn’t just abusive toward mid-majors and FCS teams: The ease with which the Bears piled up 56 first-half points against WVU was astonishing. “I just think it’s funny how people still say we still have something to prove, when we’ve had four (great) weeks,” said quarterback Bryce Petty. “I guess 70 points isn’t enough. We know that we’re the best—it doesn’t matter what someone on ESPN says or whoever.”

Worst reason to forget about the pain in your shoulder: West Virginia quarterback Clint Trickett appeared to be kicked in the groin inadvertently after a knockdown.

Best response to a special-teams blunder: After WVU pounced on Levi Norwood’s fumbled punt for a first-quarter touchdown, the Bears reeled off 35 unanswered points in the next 13 minutes. “We felt like we might move and score some more, and that wasn’t an issue at all,” said coach Art Briles.