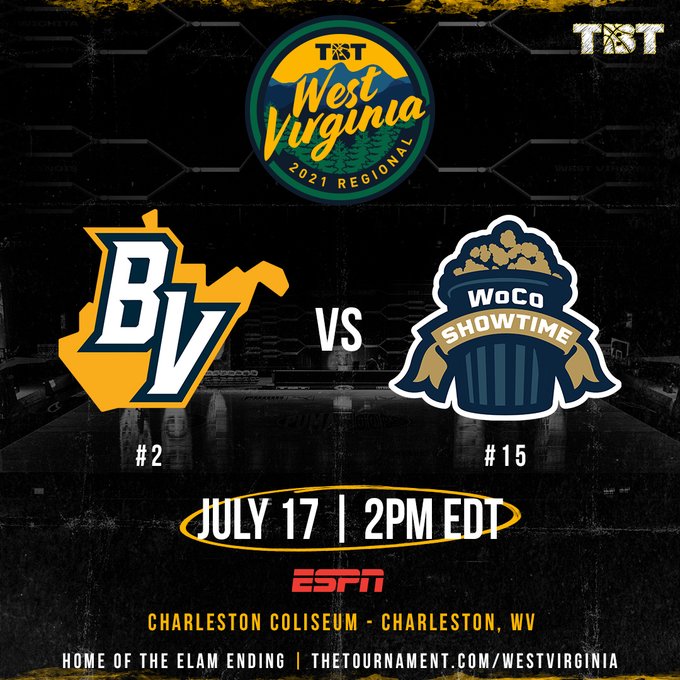 Best Virginia Game Only 25 Days Away!

Best Virginia Game Only 25 Days Away!

What would happen if we picked a 21st Century Mountaineer All-Star team in basketball?  Better yet, what if that West Virginia all-star team was going to play in a tournament with other all-star teams from around the country for one million dollars!  Would that be a tournament worth watching?

ESPN is banking on it because they will be televising the tournament, which is organized as a 64 team bracket, from July 16th thru August 3, 2021.  The four regions are located in Wichita, Kansas; Peoria, Illinois; Columbus, Ohio; and Charleston, West Virginia.

Best Virginia’s first game will be played at the Charleston Civic Center beginning July 17th when they take on WoCo Showtime at 2:00 P.M.

The team is called Best Virginia, because, well, they’re representing the best Virginia.

The tournament will operate with what is called the Elam Ending.  Under the Elam Ending the clock is turned off at the first dead-ball whistle with under four minutes to play in the game.  At that time, a target score, equal to the score of the leading team plus eight, is set, and the first team to reach this target score is declared the winner of the game.  Thus, all games end on a made basket and there is no overtime.

Tickets are available for each individual session or for the entire four days of the competition.  The four region winners will play for the championship and one million dollar prize in Dayton, OH from July 31 to August 3 at the University of Dayton Arena.