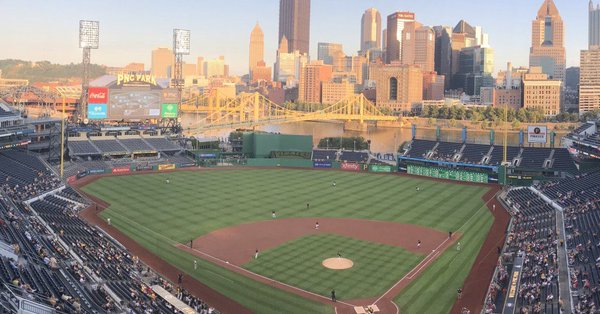 College baseball has recently surged in popularity in Morgantown due to the success of the Mountaineers. If anyone is looking for something fun to do on a Tuesday night, the baseball version of the Backyard Brawl will happen at  PNC Park, the home of the Pittsburgh Pirates.

This will be the first time the two have squared off at PNC Park. Back in 1998 the two played at Three Rivers Stadium, the former home of the Pirates. Before that the two played at Forbes Field and Exposition Park, but most of the games between the rivals have been played on their campuses.

Say what you want about how the Pirates are ran, but there’s no denying that PNC Park is a beautiful ballpark. It’s a great opportunity to head to Pittsburgh and root on the Mountaineers.

In the longstanding rivalry, West Virginia leads 108-88, including winning the last five and 10 out of the last 13.

WVU and Pitt students are able to get tickets for just $2. General admission tickets are $7 with discounts going to season ticket holders as well as WVU and Pitt faculty and alumni. You can purchase tickets here.

The game will start at 6 p.m. and will be televised by ESPN +.