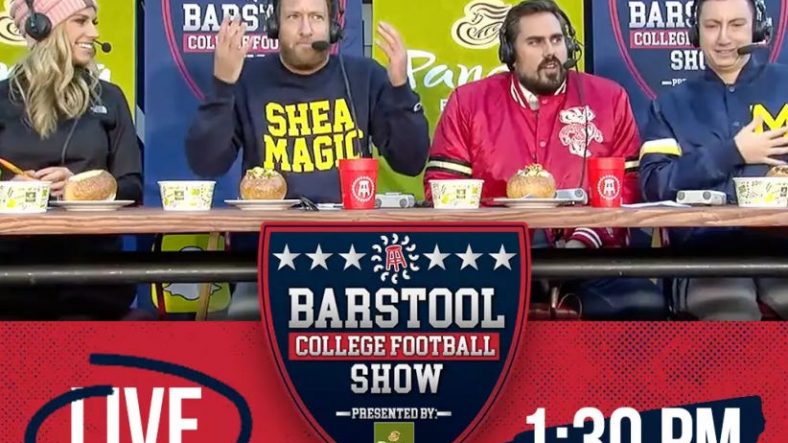 Every week the Barstool College Football Road Show chooses a college football game of their choice. In two weeks, the show will be headed to Morgantown for the West Virginia Mountaineers taking on the Texas Longhorns.

It was made official by a tweet from Barstool Radio where Dave Portnoy, also known as “Prez” was tagged in the tweet.

"The next @BarstoolCFB road show will be Morgantown for Texas-West Virginia." – @stoolpresidente

As if there was anymore reason to be fired up for the showdown in Morgantown between the Mountaineers and Longhorns. Sam Ehlinger will lead the No. 11 Horns into town, hoping to settle the score after Will Grier and company dropped the “Horns Down” sign all over Austin.

The last time Portnoy was in Morgantown he did pizza reviews from some of the top pizza restaurants in Morgantown, including Pizza Al’s.

More Stories on WVU vs Texas:

It’s going to be an incredible Saturday in Morgantown. Coach Neal Brown has his upstart Mountaineers off to a 3-1 start and looking to score a big upset over the Texas Longhorns.