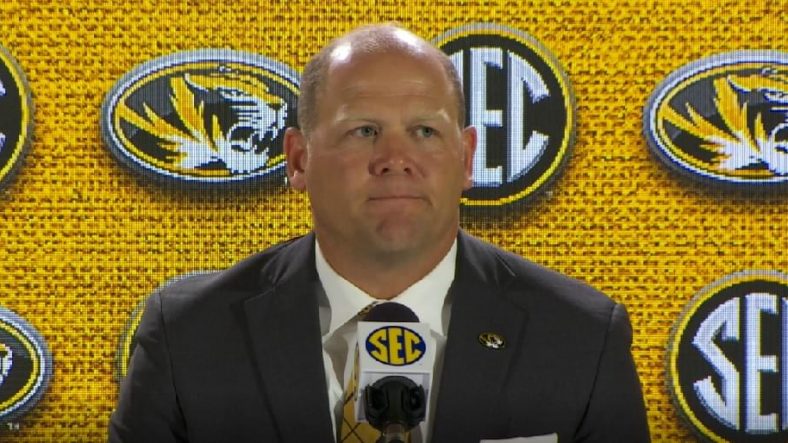 Barry Odom, the Head Coach of Missouri, is not a very good football coach and clearly doesn’t know much about West Virginia’s team this year.  Odom took “coach speak” to another level on his weekly press conference, saying, “You look at our next opponent, West Virginia, they’re 1-0.  They have a lot of experience.”

"You look at our next opponent, West Virginia, they've got a lot of experience." – Mizzou coach Barry Odom pic.twitter.com/Cfrc56bKqS

West Virginia doesn’t have a lot of experience anywhere on the team.  In fact, West Virginia could be the least experienced team that Missouri will play all season.

Odom went on say, “They play attacking football.”  What game was he watching?  West Virginia’s offense in the season opener against James Madison was as bland, vanilla and conservative as it could have possibly been.

In addition to losing his season opener at Wyoming, Odom has struggled throughout his time at Missouri.  His record with the Tigers is 19-20, 0-2 in bowl games and has only won one game against a Top 25 team since taking over the team.

West Virginia plays at Missouri on Saturday at noon.  The game will be televised on ESPN2.