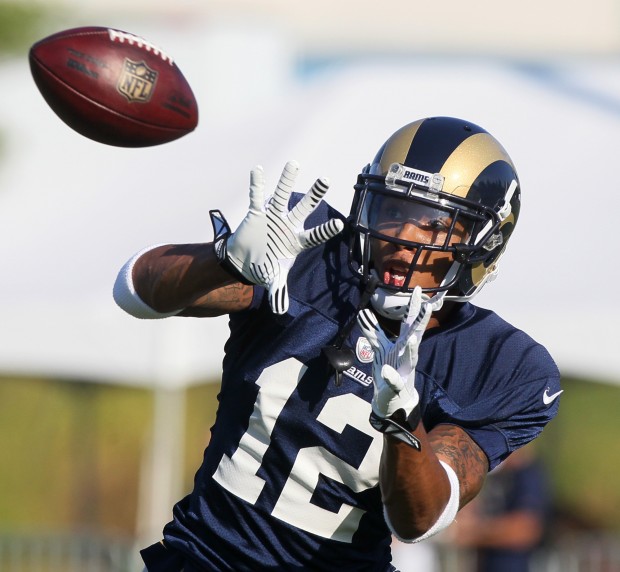 Bailey waiting for his shot on offense

Bailey waiting for his shot on offense

Can’t wait to see Stedman get some ball time.
Check it out:

In four games with the Rams, the rookie wide receiver has yet to have a pass thrown his way — at least not by a quarterback. Bailey’s only chance to catch a pass came last Sunday in Dallas on a fake punt early in the first quarter.

“It actually felt good just to get an opportunity to catch a ball,” Bailey said. “We really didn’t execute it the way we wanted to.”

Lined up as a gunner on the outside of punt formation, Bailey ran a pass route over the middle but punter Johnny Hekker had to pump fake because Dallas defensive end DeMarcus Ware was in his face. That threw off the timing of the play and Hekker’s pass was high and incomplete.