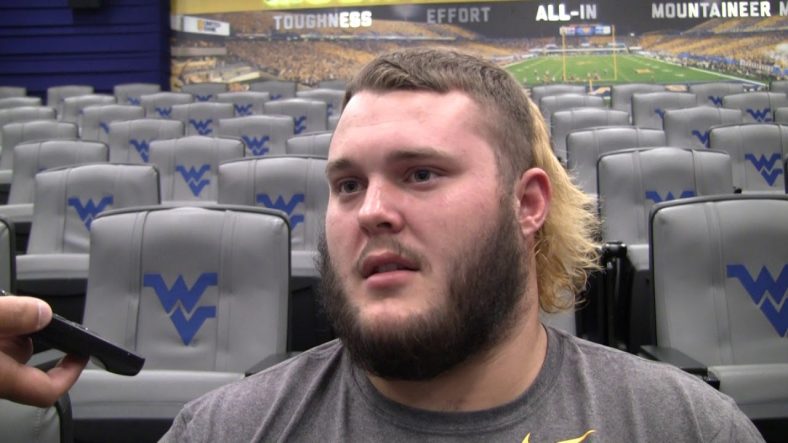 Coming off of a loss on the road to Missouri, today’s game for WVU against NC State was already going to be a tall task. And now there’s breaking bad news leading into today’s game.

Mike Casazza of 247Sports reported that West Virginia offensive lineman Michael Brown and Josh Sills were not with the team for the Mountaineer Mantrip. Instead, they were on the field waiting for the rest of the players and coaches to arrive at the stadium. This is generally a sign that they will not be playing in today’s game.

Anyone who has watched the WVU games so far this season knows that the offensive line is definitely not a position of strength for the Mountaineers. With arguably the worst rushing attack in the FBS, this is a unit that cannot afford to lose two key contributors.

Josh Sills was a second team All-Big 12 selection just a year ago. He opened the season against James Madison at center, a position he had never played. Against Missouri he was back in a familiar place at right guard.

Brown was redshirted last season, but has started at left tackle this season. He was very open about the struggles of his unit when asked about it after the loss at Missouri.

”We’re a work in progress. I’ve been saying that really since I got here,” Brown said. ”That’s not negative. That’s where we’re at. We have some deficiencies. I’ve been pretty open about those.”

It was confirmed by Bob Hertzel on Twitter that Sills is out with an injury and Brown an illness.

The offensive line of WVU has some changes, but not what was expected. Josh Sills out with shoulder injury, Mike Brown with illness. Neither took part in Man Trip and not expected to play. Make of that what you want. #wvu

The Mountaineer offensive line is definitely something to keep an eye on when watching the game. Frankly, this could be brutal.