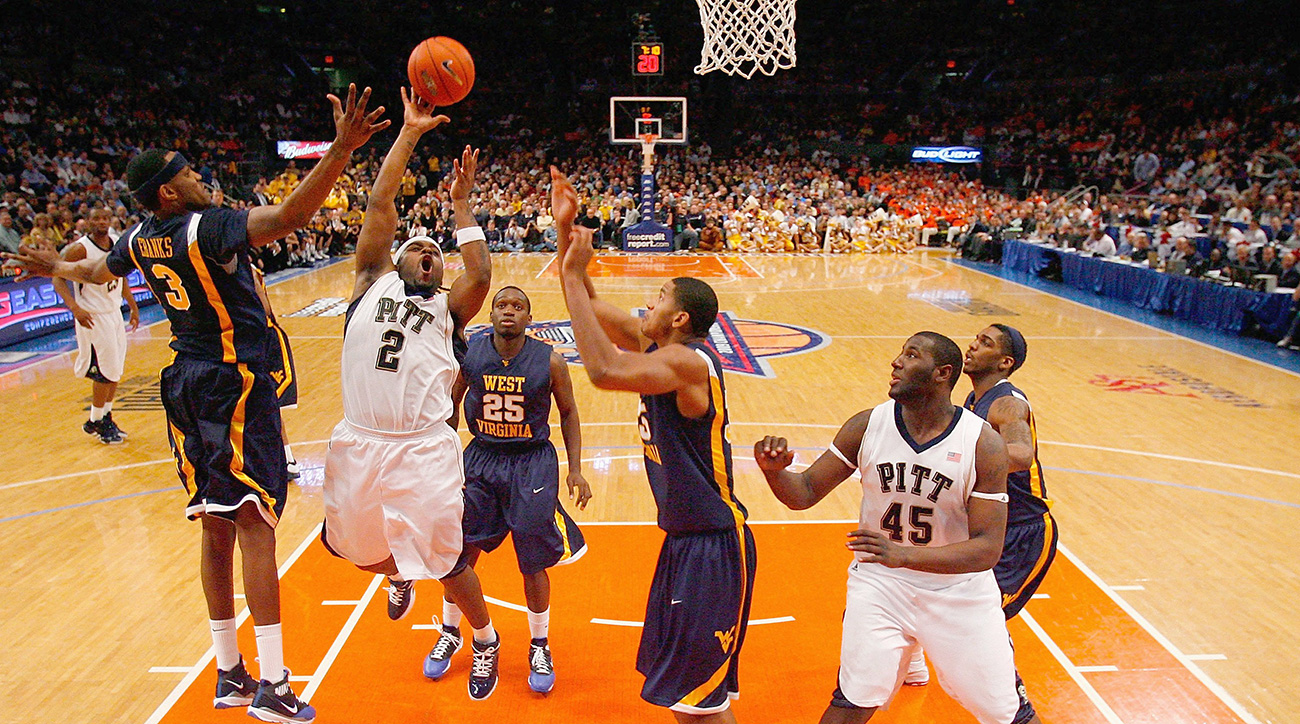 The Backyard Brawl Is Back – Hoops Edition

The Backyard Brawl Is Back – Hoops Edition

It’s been almost six years since Pitt and West Virginia have squared off in hoops. That was in 2011-2012 as Big East members. Now the Backyard Brawl is back.

Saturday at 8 p.m. the rivalry will be reborn at the Petersen Events Center in Pittsburgh for the men’s team and Thursday night at 7 p.m. at the Coliseum for the women’s team. The men’s game will be televised on ESPN2.

There is still more waiting for football fans. A home-and-home series is set between West Virginia and Pitt in football starting in the 2022 season.

The last time the men’s team clashed at the Pete was February 16, 2012. The Mountaineers took home a rare win in that building. Overall the Mountaineers were 2-7 in trips there. Even the 2010 Final Four team was unable to get a win there as they lost 98-95 in triple overtime.

Pittsnogle, Sally and company carried #WVU to an overtime victory in this 2005 Backyard Brawl flashback, presented by EQT Corporation. pic.twitter.com/Tp9FcVplDi

It should be pointed out that Pitt had success against basically everyone at the Petersen Events Center. Since it opened in 2002, Pitt has a 237-42 records in games played there.

This Pitt has fallen off big-time compared to the teams of Jamie Dixon and Ben Howland. Last year the Panthers went 16-17. All of their top five scorers are gone from that team. Pitt lost its first two games of the season to Navy on the road and to Montana at home.

“I think they are getting better all the time,” said Huggins, who holds a 4-7 record against Pitt while at WVU. “Kevin does a great job. He runs good stuff. They’re young. They are playing much better lately. What have the won, four in a row now?

“When you have as many new guys as Kevin has, it is going to take a while for them to come together,” added Huggins. “Kevin is an excellent coach. He runs good stuff. He does a great job relieving pressure. It’s just a matter of all those young players getting comfortable together.”

None of the players on Pitt or West Virginia’s rosters have any experienced in a Backyard Brawl. It may not be as heated as previous versions, but Huggins knows the players will feed off the fans.

“We’re going to try to tell them how intense it is for the fans,” said WVU’s head coach, whose Mountaineers are riding an 8-game winning streak and are currently ranked 18th in the country in the AP poll. “It’s been a great rivalry over the years. There have been some great games; in my memory most of the great games were on their side, not ours. If they don’t understand that intensity now, they will by the time they walk into the arena.”

Pitt has only drawn an average of 2,767 in attendance per game, but look for that to change for the Backyard Brawl. Many Mountaineer fans will make the trek up I-79 to root on their team.