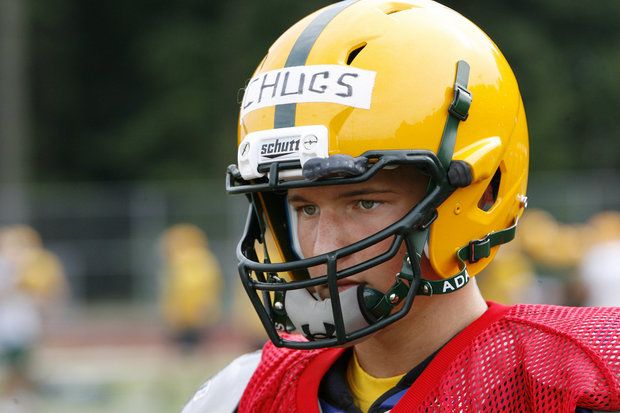 West Virginia backup QB Chris Chugunov is set to leave West Virginia University when he graduates at the end of the semester, according to coach Dana Holgorsen.

Chugunov still had one more year of eligibility as he has only played three seasons. In addition to Chugunov, defensive lineman Jaleel Fields and wide receiver Ricky Rogers are also expected to leave the team. After undergoing offseason surgery, Fields was already expected to miss spring practice.

Chris Chugunov has chosen to exit the program as he is graduating this year. Same with Jaleel Fields.

Wow. Dana Holgorsen says QB Chris Chugunov is graduating in May and will move. So, too, will DL Jaleel Fields and WR Ricky Rogers.

After Will Grier suffered an injury against Texas, Chugunov stepped into the starting role. He completed 47.8% of passes and threw for 536 yards with three touchdowns and two picks.

Grier has recovered from his finger injury and is ready to go for spring practices. But if Grier were to suffer an injury there is not another quarterback on the Mountaineer roster that has thrown a collegiate pass.

Jack Allison, a transfer from Miami (FL), has a great shot at being Grier’s backup in 2018. While at the University of Miami he redshirted during the 2016 season. He then sat out the 2017 season as that’s the NCAA rule for transfers. The only other quarterback on the Mountaineer roster is the recently-signed Trey Lowe III, a three-star recruit who arrived in campus in January as an early enrollee.

The exit of Fields further depletes an area where West Virginia was already lacking depth, the defensive line.

According to Chris Anderson of 247 Sports, both Fields and Rogers are expected to transfer to Indiana University of Pennsylvania (IUP).