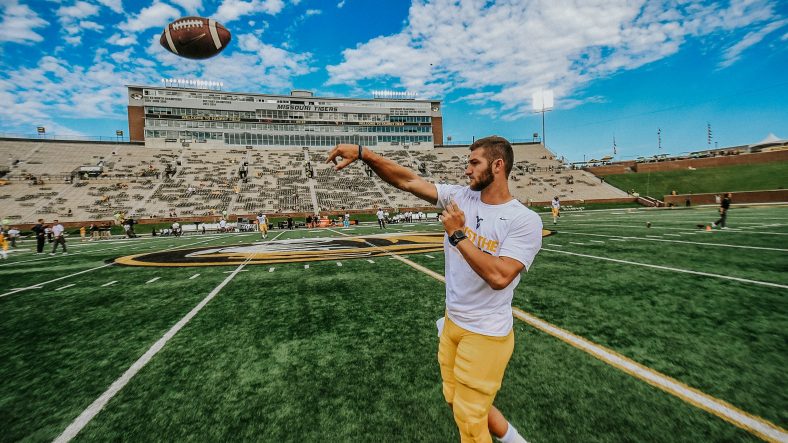 With pressure from an opposing defensive line in his face and a secondary draped on his wide receivers all game, Austin Kendall’s effort against Missouri was commendable.  While West Virginia fans are searching for answers to the humiliating 38-7 loss to Missouri, including the prospect of turning the quarterback job over to Redshirt Freshman Trey Lowe, the circumstances surrounding today’s loss should be considered.

Kendall did not play a terrible game.  He was 15-25 with 137 yards, 1 touchdown and 2 interceptions.  The two interceptions were not his fault.  The first, a pass that appeared to be a poorly thrown ball behind wide receiver Tevin Bush, was actually the fault of the receiver.

Following the game, Head Coach Neal Brown said, “Austin’s first pick happened because Tevin went the wrong way on the route.  He was supposed to go in and he went out.”  Had Bush run the route correctly, the ball would have been right where it was supposed to be.

The second interception was a flat-out fantastic play by the Missouri linebacker, who tipped the ball up and picked off by Nick Bolton.  If the ball wasn’t miraculously tipped, it would have been a been a huge first down for the Mountaineers.

Kendall wasn’t perfect but he certainly played well enough to remain the starter.  Despite the constant pressure by the opposing defensive front and the unfortunate interceptions, he showed that he could make big throws against a very talented SEC defense in his first road game as a starter.

While it’s tempting to simply give up on Kendall after a disappointing loss, it’s important to remember that this is who Neal Brown and the coaching staff determined was the most ready and deserving to play.

As frustrated as West Virginia fans may be, imagine the extreme frustration Austin Kendall, with the weight of the world on his shoulders, must feel.  Rather than jumping on the “bench Austin Kendall bandwagon”, trust the coaching staff and “Trust the Climb.”