Austin Kendall Actually is the Best Quarterback on the WVU Roster 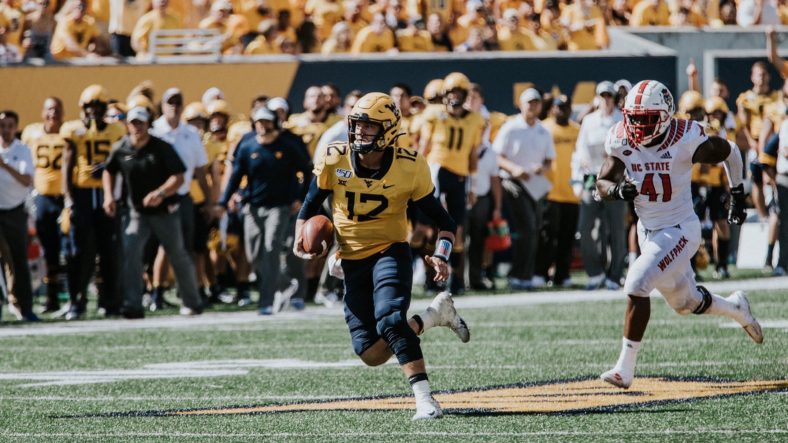 A little over a year ago, Austin Kendall was neck and neck with future Heisman Trophy winner Kyler Murray for the starting quarterback position at Oklahoma.  A week before the Sooners’ season opener last year, Oklahoma Head Coach Lincoln Riley was still undecided on the starter, saying, “They’re different in a lot of ways, but they’re both doing so many good things that it’s tough to divide it up and say who’s one and who’s two right now.”

Kendall is such a talented quarterback that he almost beat out the Heisman Trophy winner and #1 pick in the 2018 NFL Draft.  Although he was unproven in game situations, he has all of the tools to be an outstanding quarterback in college and perhaps even the next level.

When he transferred to WVU, he seemed to be anointed as the starter before arriving on campus.  Jack Allison struggled in his one start during the Campus World Bowl the previous season and Trey Lowe didn’t seem yet ready to take over the reigns of the team as a Redshirt Freshman.  Jarret Doege, although accomplished at the collegiate level, had offseason surgery and was determined eligible very late in the process.  With everything considered, Austin Kendall was the obvious choice.

Kendall’s first two games were statistically fine.  He didn’t win either game and he didn’t lose them.  In the home opener against James Madison, he was 27-42 and passed for 260 yards, 2 touchdowns and 0 interceptions.  In the loss at Missouri, he was 15-25 for 137 yards, 1 touchdown and 2 interceptions.  Following that game, Head Coach Neal Brown said that neither of the interceptions were the fault of the quarterback and Kendall faced almost constant pressure from the Missouri defensive line.

With two starts under his belt at WVU, Kendall’s game against NC State was a coming out party.  With a drastically improved offensive line play and the running game finally starting to gel, Kendall was able to settle in and fire strikes to receivers at will.  His performance was brilliant, finishing 27-40 with 272 yards, 3 touchdowns and 1 interception against one of the best defenses statistically in the country through 2 games.

While West Virginia fans have considered the idea of moving on from Kendall after the first two games, Neal Brown knew all along that he was the right man for the job.  West Virginia will have incredible depth at quarterback next year with Jack Allison, Trey Lowe and Jarret Doege returning, as well as 4 star Freshman sensation Garrett Greene joining the team, but Austin Kendall has earned his spot at the top of the depth chart and as a leader of the team.