AUDIO: Will Grier Explains What His Tattoo Means 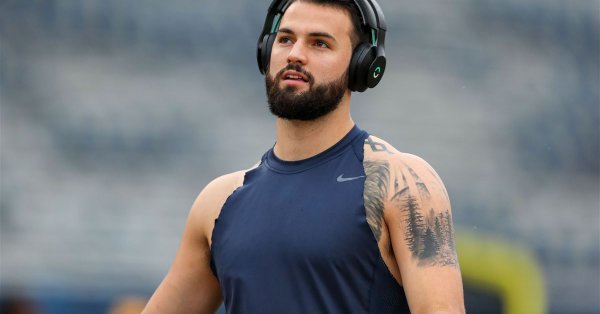 West Virginia quarterback already has a massive following of Mountaineer fans. Grier’s new tattoo will only build his brand in the eyes of WVU fans. In this audio Will Grier explains his tattoo and what it means.

Hat tip to Mike Casazza of CBS and 247Sports for this awesome audio.

You may have noticed #WVU quarterback Will Grier has a tattoo bursting out of his jersey on his left arm. You may have also wondered what it was or what it looks like.

Listen to him explain the ink he added over the summer. (Free)https://t.co/uz3ndhhhpz

As if we needed any more reason to love the Mountaineer quarterback. As if his 10-4 record as the Mountaineer starter to go along with five games with at least five touchdown passes wasn’t enough.

Tune in to ESPN2 Saturday at noon to see Grier and his band of Mountaineers take on the Texas Tech Red Raiders.