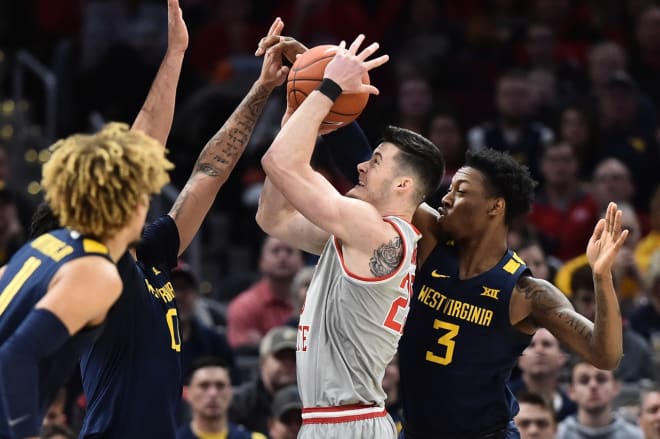 On Monday the new AP Top 25 was released and it has the Mountaineers at No. 16, up just six spots after a win over No. 2 Ohio State on a neutral court.

Sure, moving up six spots is a decent jump, but after a week like that, you would expect WVU to be on the verge of entering the top ten. The Mountaineers have two wins over currently ranked teams along with another win over Northern Iowa, a team that is just outside the AP Top 25 and receiving votes. Combine that with having just one loss and that equals a top ten resume.

Mountaineers jump six spots to No. 16 in this week's AP poll. pic.twitter.com/lg97bhYIAJ

After last season, Mountaineer fans knew getting respect would be tough this season. Saturday WVU has another chance to show the nation where they stand when they pay a visit to Lawrence, Kansas to take on the Jayhawks.

A win at the Phog would almost certainly get WVU in the AP top ten. While Bob Huggins knows the AP Top 25 isn’t a big deal, this is something he can certainly use as motivation.

This is shaping up to be a fun season from Bob Huggins and his Mountaineers.