Another Noon Kickoff For WVU-Oklahoma State 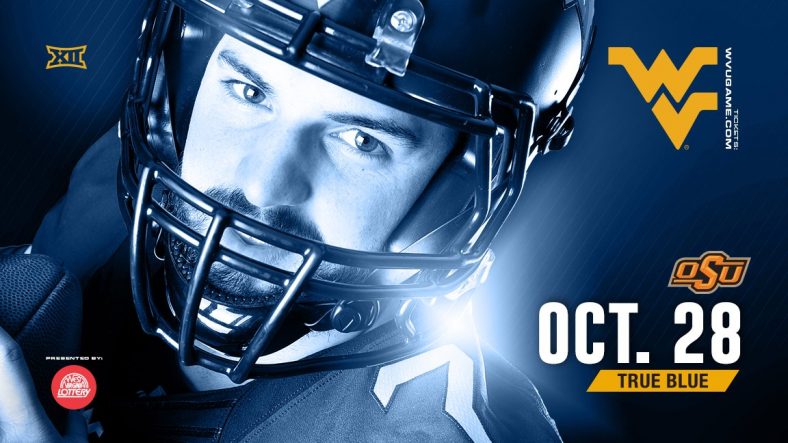 The Big 12 announced on October 28 the Mountaineers return home to Milan Puskar Stadium for another noon kickoff against Oklahoma State.

This is the Mountaineers fourth straight home game the Mountaineers will kick off at noon. WVU is coming off a win over Texas Tech and is now ranked No. 23 in the latest AP Top 25. In Oklahoma State’s most recent game they crushed hapless Baylor (who just so happens to be WVU’s next opponent) 59-16. The Cowboys are now ranked No. 10 in the AP Poll. This Saturday Oklahoma State heads to Austin for a showdown with the Texas Longhorns, who might be playing angry after a close loss to the Oklahoma Sooners last week.

Here is the rest of the week 9 games and times for the Big 12 Conference.

With all of this week 9 talk, lets’ not forget about the coming week. On Saturday Dana Holgorsen will lead the Mountaineers into Waco to take on a Baylor Bears team that is still winless at 0-6 with an 0-3 record in the Big 12. This game is set to kickoff at 8 p.m. EST and will be televised on FS2.

Here is the rest of the week 8 schedule.

The TV Selection schedule for Oct. 21 has two games confirmed. The other three will be announced at a later date.

As of yet there is not a television network assigned to broadcast the showdown between West Virginia and Oklahoma State. The game will be on ABC, ESPN, ESPN2 or ESPNU. With a WVU win over the Bears and a Oklahoma State win over the Longhorns that will line up a highly anticipated matchup of teams solidly ranked in the top 20.