Amway Coach’s Call of the Year Goes to Dana Holgorsen 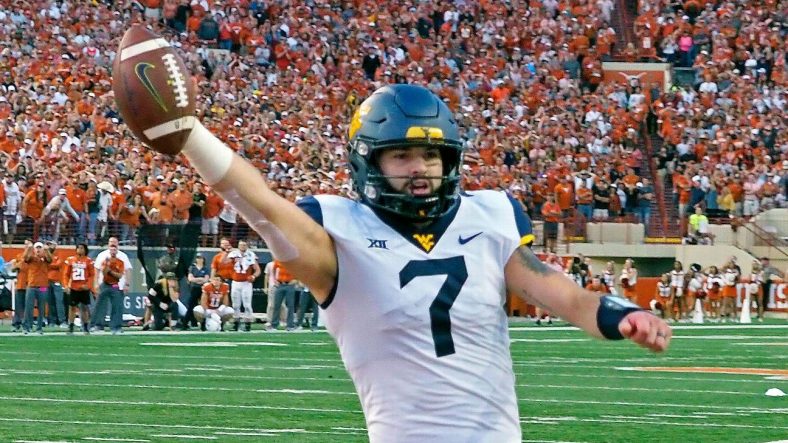 Despite where we are now, there’s no denying the incredible moment West Virginia had in Austin. It was so good that the Amway Coach’s Call of the Year was given to Dana Holgorsen.

Back in November Dana Holgorsen led the Mountaineers into Austin and they dropped horns down everywhere and were still able to pull out the win despite the 15-yard penalties.

After connecting with Gary Jennings Jr. on a touchdown pass that brought the Mountaineers within one, Dana Holgorsen decided to go for two.

It looked like West Virginia had secured the win, but instead a late timeout wiped out the successful conversion pass to David Sills. After what seemed like an eternity of timeouts, the Mountaineers lined up for the two-point conversion again. This time they opted to keep the ball in the hands of stud quarterback. In a brilliant call, Sills pushed to the middle of the field, clearing out the near left corner of the end zone for Will Grier. The rest, as they say, is history.

Amway Coach’s Call of the Year

WILL GRIER. 2-POINT CONVERSION WITH THE GAME ON THE LINE.

This man's got ice in his veins, y'all. pic.twitter.com/CQikTxeA8J

Though the season didn’t end how Mountaineers fans hoped, this was an incredible moment in Mountaineer history. It gave the Mountaineers a badly needed road win in conference play over a ranked team. Also, it put the team in the national spotlight.

Now that Dana Holgorsen has left the Mountaineers for Houston, hopefully this has cleared the way for Neal Brown to lead the Mountaineers to many more great moments than his predecessor could.