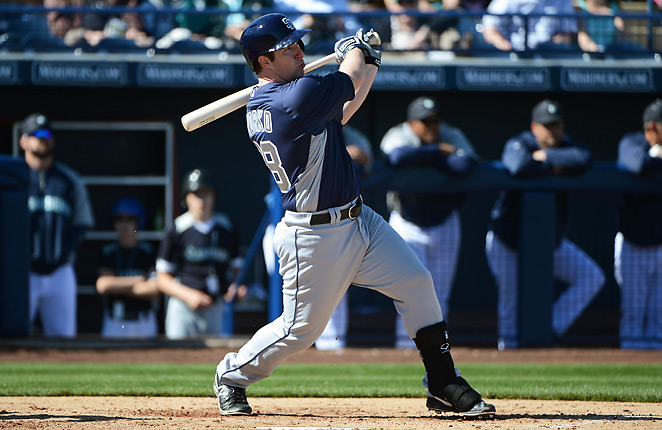 Glad to see him doing well in the MLB. With the emphasis of baseball in the Big 12 we’ll be seeing a lot more players making it to the big leagues.
Check it out:

Jedd Gyorko answered the questions politely as he tightly gripped his bat. He was sitting in the San Diego Padres clubhouse when Jerry Coleman walked by.

Coleman is a Padre announcer now. Played nine seasons in the bigs, all with the Yankees. Had 558 hits. Was a World War II hero. Is a San Diego area legend.

Gyorko is a Padre rookie. Has 105 major league hits. WVU baseball hero. Hit .404 in three seasons with the Mountaineers. Is already a legend in Morgantown baseball circles.

“Another interview for the West Virginia kid,” Coleman quipped. Gyorko smiled. “Hi, Colonel,” he said with a sheepish grin.