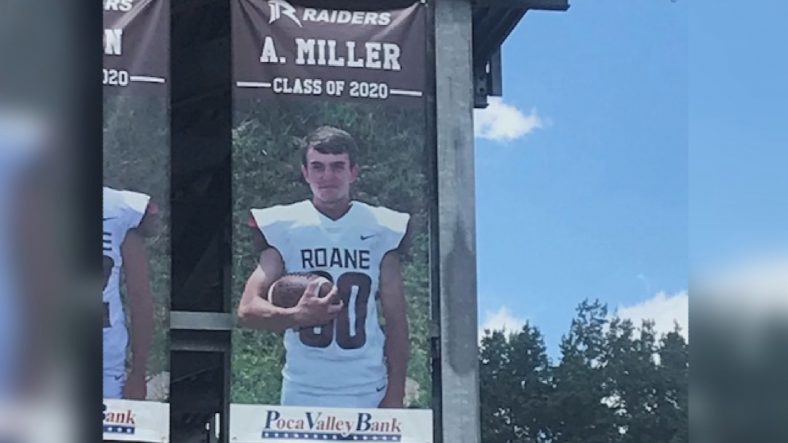 Roane County football player Alex Miller passed away last Friday after collapsing on the field during the game. The tragedy has devastated people all across the state of West Virginia.

Many schools across West Virginia wore maroon to pay tribute to Alex. 59 News put together this report discussing the impact this young man’s death has had on his home state.

WVU head coach Neal Brown mentioned Alex in a press conference. Not only did he mention Alex, but he also wore a maroon shirt to pay his respects to him.

#WVU Head Coach Neal Brown offered his sympathies and condolences to the Roane County community after the death of Alex Miller: #wvprepfb pic.twitter.com/HmUDcFZm3V

During his remarks, Brown said that his football program “has some things planned out.” It will be great to see what WVU came up with to show support for Alex Miller, his family and Roane County.

One great way to pay tribute to Alex Miller would be to have every player on a team wear a #80 patch on their jersey. Put the patch below their left shoulder, close to the heart to signify that this young man is in the hearts of everyone on the West Virginia football team as well as the state of West Virginia.

Neal Brown and the Mountaineers will definitely come up with an incredible tribute to this young man who left this world far too soon. We send our thoughts and prayers to the family and friends of Alex Miller, along with the Roane County community.