ALL Mountaineers Should be Welcomed Home (Headline Edit) 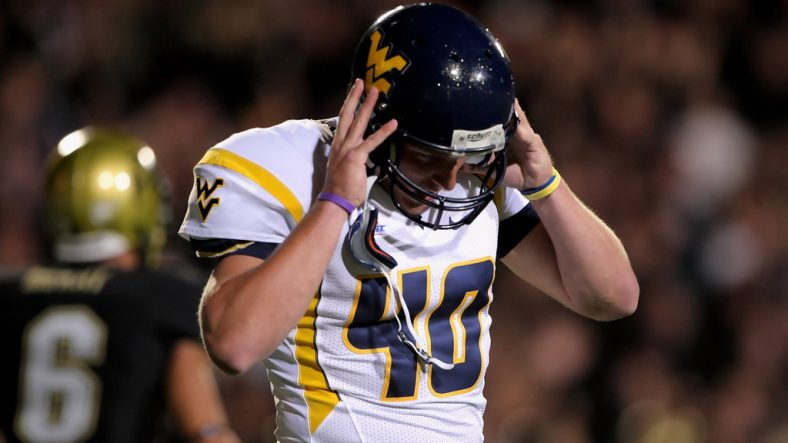 Note:  After careful consideration, I decided the headline was not fitting of the following article.  While the sentiment remains the same, I think it’s important that headline not overshadow the overall message of the piece.  Every player and coach who represented our great state should be welcomed home with open arms and a loving heart.

Many West Virginians are convinced that the Mountaineers’ devastating loss to rival Pitt in 2007 was due to Rich Rodriguez throwing the game.  These conspiracy theorists actually believe that Rich Rodriguez, in his biggest game of his career coaching for his home state and Alma mater, decided that it would be in his best interest to lose the game.  This, they argue, would make it easier for him to take the Head Coach position at Michigan, which they believe he had already accepted.

Rich Rodriguez has of course denied all of this and for good reason; it’s absolutely ridiculous.  Rich Rodriguez is a lot of things, but he is not someone that would ever intentionally lose a game.  Losing the game would not make his exit any easier for anyone and winning the game would only make him more attractive to potential suitors.

Unlike Rodriguez and Pat White, who both told me personally that they have never been able to watch it, I recently broke down the entire game again and there were a lot of things that went wrong that were very much out of character for both teams.  Pitt, who was 4-7 and a 28 point underdog, played the best defensive game of the year by far, West Virginia’s dynamic offense was stagnant and (oh yeah) Pat McAfee missed two of the easiest field goals he ever missed.

Following the game, Rodriguez said of McAfee, “He doesn’t hardly miss one in practice.”  McAfee was 11 of 15 in 2007 and 39 of 55 during his career at WVU.  While he was a much better punter than kicker, missing two chip shots was very much out of the ordinary for McAfee.  McAfee’s father told MetroNews, “He was more distraught than anyone I know after the game.”

Unfortunately, McAfee also received death threats, verbal abuse and had his car vandalized following the game.  According to a Trib Live report, “His father told the state-wide radio network that in addition to vehicle damage, his son had been threatened online, and via text and phone messages. He said fans gathered outside his son’s off-campus residence following the game to voice their frustration.”

There’s no wonder McAfee has stayed away from Morgantown since graduating from WVU.  Fortunately, Head Coach Neal Brown has reached out to McAfee, saying, “He’s an important part of our history. I look forward to the day he comes back. Maybe its a football game, maybe its an open weekend.”

Mountaineer fans have been as receptive as Coach Brown about McAfee’s return to Morgantown and that’s fantastic.  However, the idea that West Virginia-born Rich Rodriguez, who led the WVU football program to incredible heights, not being welcomed back with the same open arms that McAfee has been recently, is a bit mystifying.

Both McAfee and Rodriguez had incredible peaks and spectacular lows while at WVU.  Both meant a lot to the state of West Virginia and will be Mountaineers forever.