All I do is win…WVU women rolling in Big 12 play! 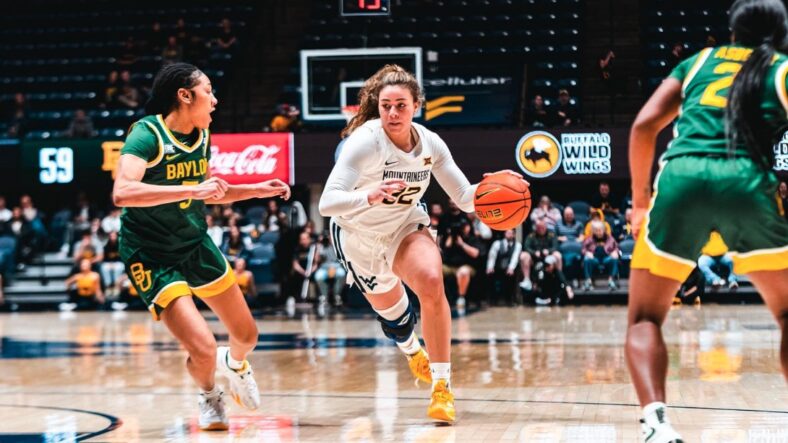 MORGANTOWN,WV—-The WVU Women’s basketball team kept rolling Sunday afternoon knocking off No. 18 Baylor 74-65 for its third straight Big 12 victory. It wasn’t just an ordinary win because Baylor has been a dominant program for the last ten years in college basketball.

Another 11-2 run by the Bears in the third quarter gave Baylor a 45-35 lead three minutes into the frame. The game was tied at 57 through the first three quarters then the Mountaineers put it in high gear going on a 9-0 run to take a 68-59 lead.

With the win over Baylor the Mountaineers are in a tie for fourth place in the conference. Baylor fell to 12-5 overall and 3-2 in the league. WVU is on the road to take on Number 23 Kansas Wednesday, January 18 at 8 p.m.