Alek Manoah and the Mountaineers Take Down Texas Tech, Battle to Host an NCAA Regional 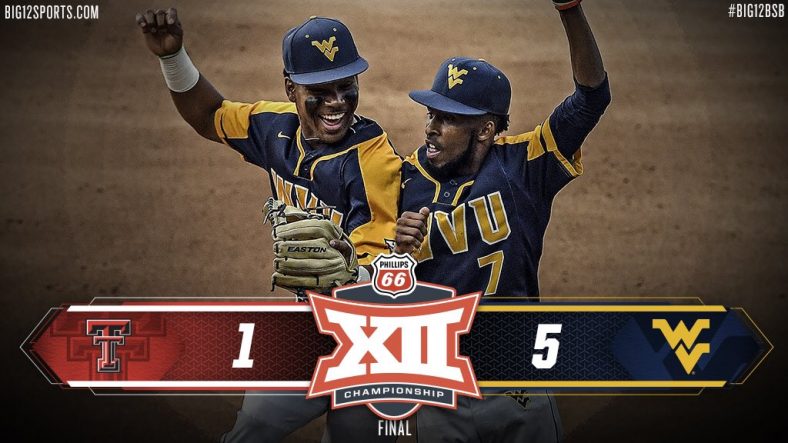 After being shut out last month in Morgantown by Alek Manoah, the No. 1 seed Texas Tech Red Raiders were ready to score revenge in the Big 12 Tournament. That was not to be.

Manoah went eight innings and gave up just one run, moving West Virginia to 2-0 in the tournament. While throwing 126 pitches over the eight innings, Manoah certainly worked hard in this outing, but ultimately the Red Raiders were only able to muster four hits and a walk while being struck out 10 times.

Take a look back at yesterday's win over No. 7 Texas Tech in the latest Big 12 Championship Report ?⬇️#HailWV #Big12BSB pic.twitter.com/RXXm5Jkj0a

With Manoah’s pitch count soaring in the eighth inning, he dealt a couple of strikeouts against two of Tech’s best bats in Brian Klein and Cameron Warren, to close the book.

Coming into this week West Virginia had an outside shot to become a regional host by making a deep run in Oklahoma City. This is despite only having a 13-11 regular season record in the Big 12.

A Big 12 title would go a long way in becoming a regional host. All WVU needs is one win over the winner of Texas Tech and Kansas to get to Sunday’s title game.

Even if the Mountaineers are unable to win the conference, it’s hard to ignore the No. 11 RPI, which already has them in the running for a regional host.

Today the Mountaineers take on Texas Tech. The game is slated to begin after the conclusion of Baylor and TCU, which picks up where it left off last night, in the eight inning. The Baylor vs. TCU game will get going at 10 a.m.