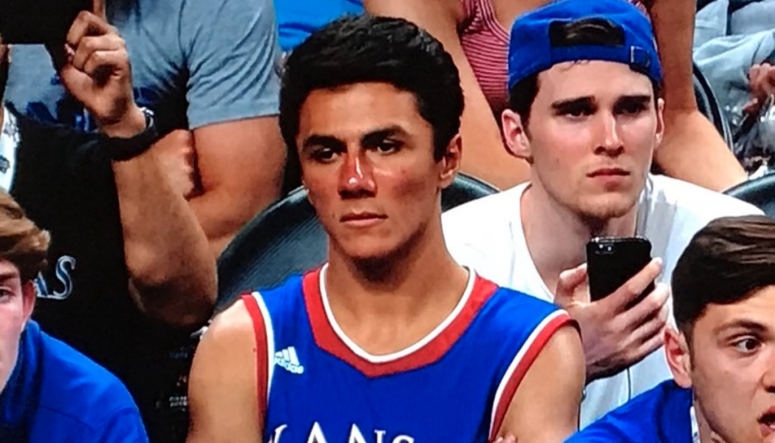 It will be a classic case of addition by subtraction.  The shedding of Esa Ahmad and Wesley Harris will prove to be a turning point of sorts.   Bob Huggins, in his weekly interview with uber-professional reporter Tony Caridi (with his ultra-polished delivery and his appearance dripping…I mean, dripping with sophistication and respectability), seemed like a million pounds had been removed from his back.  He spoke with a calmness and serenity that has not been seen from him this year.

When players have inhibited your success for so long and then they are finally removed, a certain freedom is born.  Untroubled by the former cancers in the locker room, unfettered by any expectations whatsoever, the team will walk into Allen Fieldhouse and do something that even they don’t believe possible; the West Virginia Mountaineers will play completely carefree for the first time this year and get a huge road win in Kansas.

No one expects that the Mountaineers will win today.  Or I should say 6% of the population on ESPN’s Basketball Power Index believe they will win.  And let’s face it, that 6% represents a certain WVU fan that would vote for West Virginia regardless of the opponent or situation. 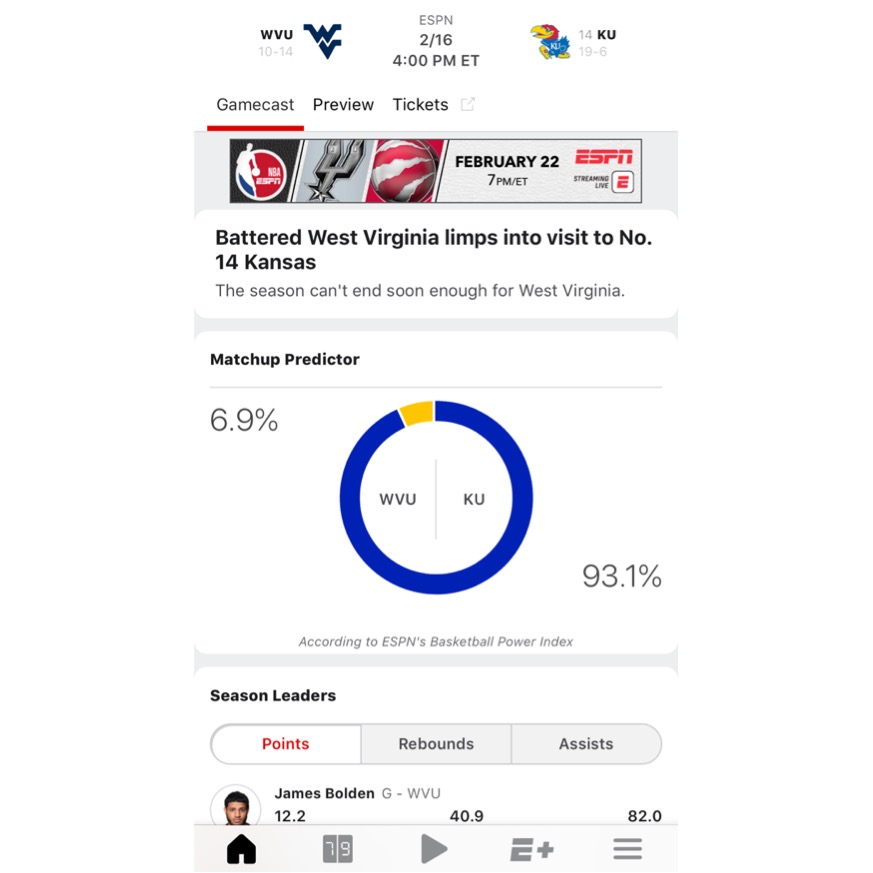 WVU players will need to step up.  Derek Culver must have his best game of his young career.  The only player on the Kansas roster that can contain him is Udoka Azubuike and he had season-ending surgery in January.  Trey Doomes and Emmitt Matthews, given more playing time and responsibilities, will be relied on to pick up the scoring slack.  And they will.  Kansas is without the injured Marcus Garrett and Lagerald Vick is away from the team for personal reasons.  It’s a perfect storm for WVU.

With only 9 scholarship players available and facing all of the challenges that come along with playing in Lawrence, Kansas, the Mountaineers will play their best game of the year by a mile and Tony Caridi with his perfect cadence and pitch will announce, “It’s a great day to be a Mountaineer, wherever you may be!”