Aaron Lewis Turned His Back on Our Entire State 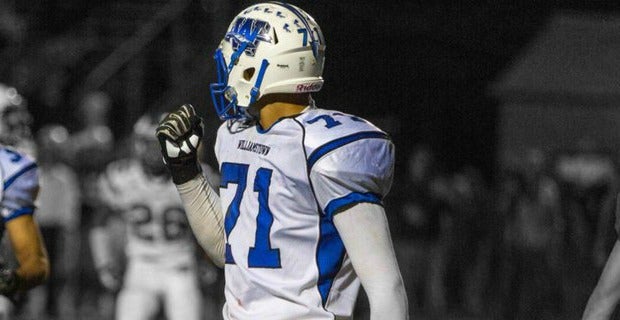 When 4 star New Jersey Defensive End Aaron Lewis committed to West Virginia in April, he appeared to be the future of the Mountaineers’ defense.  Not only that, he was a tremendous recruiter for the team on social media and a key cog in the potential New Jersey to West Virginia pipeline.  His commitment was a really big deal for the Mountaineers and for first-year Head Coach Neal Brown.  In a somewhat underwhelming 2020 class, he was the prized jewel, a real reason for optimism in WVU’s future recruiting in the state of New Jersey.

On June 23rd, it all came crashing down when Lewis surprisingly, shockingly de-committed from WVU and decided instead to go to the University of Michigan.  Although extremely disappointing for West Virginia fans and certainly the WVU football coaching staff, it is part of the game, part of collegiate athletics and a student athlete can make whatever choice that he/she decides is best for his/her life.  Young athletes often commit to a school and later change their mind.  It’s par for the course.

While high school athletes are notoriously not steadfast in their decision-making – particularly when dealing with many schools offering them the world to attend their school – this seemed to be particularly off-putting and unpleasant and difficult to swallow considering his final decision was to do exactly what he said he wasn’t going to do!

Lewis, on June 23rd, suddenly posted pictures of himself adorned in Michigan’s Maize and Blue with the following short and sweet announcement:

“Please respect my decision.  I am happy to say that I am now committed to the University of Michigan.”

Boom.  West Virginia’s future defensive end and top recruit of the 2020 class was gone without any real explanation.  Jim Harbaugh, one of the very best coaches in the sport, came knocking or calling or texting and Mr. Loyalty was no longer loyal.  Again, without him saying what a loyal and honorable person he was, this would be merely another young man changing his mind and no big deal.  However, considering the quote, it felt like an enormous slap in the face to Mountaineer fans everywhere.

With that said, Aaron Lewis made the decision that he felt was best for his future and we should wish him nothing but the best in Ann Arbor.  He is an incredible athlete and has the potential to be great in college and even in the National Football League in a few years.

If nothing else, this is an outstanding lesson for all college sports fans.  No matter how loyal or how committed a recruit may seem, you can never fully believe it until their name is signed on the dotted line and they arrive on campus.