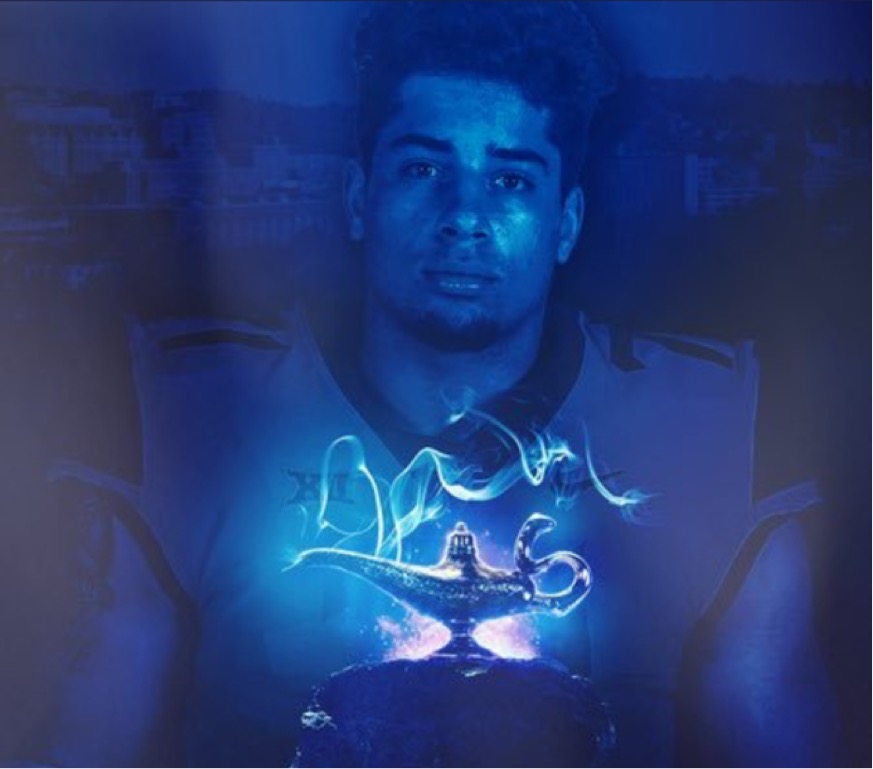 If any West Virginia fan could make 3 wishes, three of the top wishes would be to land New Jersey undecided football recruits Chris Mayo, Tarheeb Still and Tirek Austin-Cave.

If West Virginia were to land four of the top eighteen players in the state of New Jersey, it would be a huge coup for the new Mountaineer coaching staff.  According to Aaron Lewis, “I have a couple of guys that I’m going to get to come down these country roads.  Tarheeb Still really likes West Virginia and so does Chris Mayo and Tirek Austin-Cave.  We’re all going to take our official visit together.  They’re all guys that love West Virginia and we just have to sell them with that one visit.”

Rub the lamp, Tirek, Chris and Tarheeb, and West Virginia University will make all of your wildest football dreams come true.

Stating the Case for the State
Up Next? Chris Mayo!