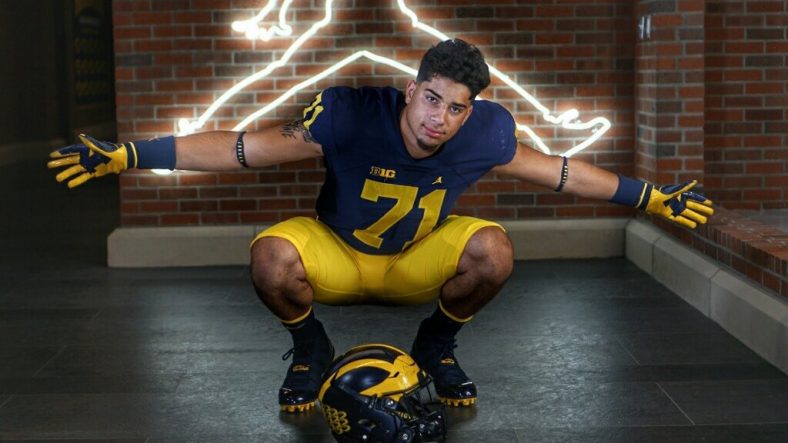 As first reported earlier today by Mountaineer Sports’ Sean Taylor, there were rumblings in Ann Arbor, Michigan that would have a major impact on the West Virginia Mountaineers.   Aaron Lewis, the 6’5 24o pound defensive end from Williamstown, New Jersey, has been committed to WVU since April 17th and has been the school’s biggest recruiter and fan since his commitment.  Today, he flipped and is now committed to Michigan University.

Lewis was in town last weekend with recent commit Chris Mayo and 3 star recruit Tirek Austin-Cave, both also from New Jersey.  This comes as a huge surprise and stings quite a bit.  Stay tuned to Mountaineer Sports for more information when it comes available.

Please respect my decision. I am Happy to say I am now committed to the University of Michigan. #godbless pic.twitter.com/4lwm9jjZQL