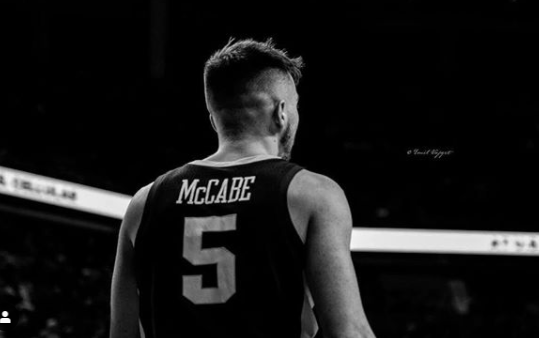 Since joining the West Virginia Mountaineers, Jordan McCabe has embraced the Mountain State, its people and the spirit of being a Mountaineer like no other player in the past, present or future.  Although McCabe is from Wisconsin originally, he is a true Mountaineer at heart.

West Virginia is a small state and has a lot going against it.  It doesn’t have the advantageous geographical location or the weather or several other factors that make a wealthy state prosperous.  The people of the state are tough, hard-working and it’s their spirit that makes West Virginia the best state in the country.

Jordan McCabe is undersized and not an exceptionally athletic young man.  Although an extraordinarily skilled ball-handler, passer and shooter, his athletic ability is not on par with other Division I college basketball players.  What he lacks in athletic ability, he makes up with toughness, working hard and pushing himself to be the very best leader and point guard that he can be.

McCabe does it the way that Huggins and West Virginians throughout the state can appreciate; he works harder than anyone else.  Every single morning of the week, McCabe is up before the sun rises and is at the West Virginia Coliseum or basketball practice facility working on his game, putting in the time to improve while the rest of the world sleeps.  This grind is what separates McCabe from everyone else.  Like West Virginia, his work ethic makes up for the disadvantages that he was born with.

There are no off days for Jordan McCabe and West Virginia fans can rest assured that he has worked harder this offseason than anyone in the Big 12 to make sure that the Mountaineers are back on top of the conference where they belong this year.